Home » articles » The Lotts: We Are The Lotts – EP Review 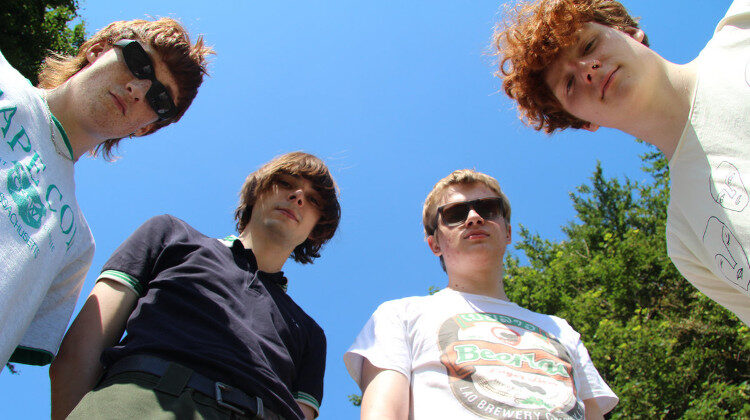 The Lotts bring us barebones rock ‘n’ roll with debut EP We Are The Lotts, which you’d be forgiven in thinking is from the days of seventies Detroit.

With home recording now accessible and affordable to nearly anyone, it is understandably rare for a young band to choose an alternative route for a debut EP. Yet, Warrington based group The Lotts, have had the honour of recording We Are The Lotts at famed Monmouth’s Rockfield Studios with producer Thighpaulsandra (Tim Lewis). Combining the band’s garage punk with both the studio’s legendary mystique and Thighpaulsandra’s notable work as a producer and engineer is sure to make this sub-15 minute EP a cut above the rest.

The band claim that two of their main influences are The Stooges and The New York Dolls which is evident throughout, at least for the first four tracks. Comprising of two guitars, bass, drums and vocals it is as stripped back and rock ‘n’ roll as it gets. The dominance of acts such as The 1975 has greatly impacted young bands in choosing to add more synths and overdubs than before, after all, imitation is the sincerest form of flattery, but The Lotts hold onto their punk roots. The rhythms are simple, the riffs are raw and chord-based, and the bass is there to mould it all together. Letting it all out for a wild two minutes per track. What’s best is, lyrically, they have ignored the so-called importance of poetry, sticking to short phrases which are almost drowned out by the rest of the noise – reminiscent of The Stooges No Fun or I Wanna Be Your Dog.

Fifth and final track, Mouth, is different to any of the previous. Other than being twice the length of the other four songs, it is vastly slower and much more relaxed, with a drearier performance by vocalist Henry Bucanan. It drags on for half of it, without a chorus, before becoming messy and apocalyptic. The vocals develop into an estranged delayed madness, whilst the rest of the band heighten the atmosphere with oscillation and feedback. Other than the previously mentioned artists, The Lotts state there is a “hefty blend of the Velvet Underground” in their work and Mouth is where it is most apparent. Amongst all the angst and speed of the rest of the EP, it was clever to add this song at the end; a welcome addition that slows you back down to the gloom of reality.

It’s clear that The Lotts are still waiting to develop into a full-fledged band. I’m sure their live performances are entertaining, sweat-drenched chaos, but it doesn’t fully translate onto record just yet. Maturity and experience is all that’s needed, as their talent and reluctance to follow the crowd is sure to benefit them in the long run. At the moment the rebellious attitude feels forced (and with the lead singer saying “I think it would be cool to be banned from a few venues” only certifies this). With this in mind, We Are The Lotts is still an enjoyable listen, made even more exciting by the fact the band have much more to give further down the line.