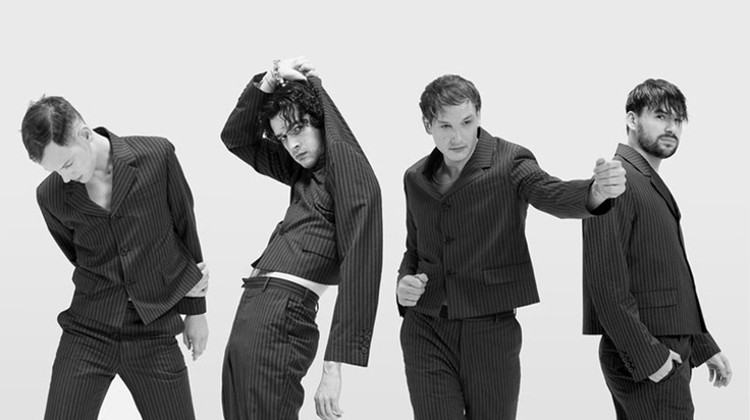 Matt Healy, the northern king of rock n roll who is always ready to spread his controversial opinions to his admirers, has taken The 1975 to new heights with album Notes On A Conditional Form.

Whether you like frontman Matt Healy or not, it is clear that his genius lyrics and melodic creations never stop, and the signature 1975 stamp on songs are yet to get boring. Starting the album with their self-titled song, the band uses their platform to inspire a generation to fix the mess of the world that their parents and grandparents have created. Due to the cinematic nature of the opener, you may be left stunned by the complete opposite sound that People produces with its frantic vocals and heavy guitar riffs.

Matt Healy has obviously thought a lot about what he wishes to portray in this album, many songs represent both the highs and lows in his life and he is still yet to shy away from big topics like sexuality, drug abuse, self-worth, depression and love. These are just a few small ways that make fans fall at this band’s feet.  However, with over an hour of music on one album, many interlude tracks are used which isn’t everyone’s cup of tea. Fans are here to see the world through Matt Healy’s eyes, to dance to the band’s symbolic guitar grooves, but these interludes seem to sometimes get in the way.

It’s easy to understand how Matt’s head works within his tracks. Having No Head, for example, transitions from a sad piano intro into a bass-heavy dance track and back into a calm piano outro showing the stages of his emotions and trying to realise (and overcome) the turmoil that he can’t shut out. A lot of these songs are about trying to overcome the dark days and finding yourself. However, he seems to find himself accidentally messing it up, a sad reality that many celebrities find themselves in; Birthday Party, Jesus Christ 2005 God Bless America and Tonight (I Wish I Was Your Boy) all show snippets of this. Of course, along with the rock n roll lifestyle comes sex and If You’re Too Shy (Let Me Know) follows the story of Matt Healy’s infatuation with a girl online.

But the two songs that stand out for me are Don’t Worry which is a song his dad wrote about his wife’s (Matt’s mum’s) postnatal depression, a beautiful duet that shows such a special father and son moment. As well as Nothing Revealed/Everything Denied which perfectly mixes jazzy piano parts with uplifting choral harmonies as well as soft rap sections. A gorgeously clever song that hits your right in the heart.

The 1975 have created a masterpiece with Notes On A Conditional Form and their songwriting and production processes are yet to disappoint.