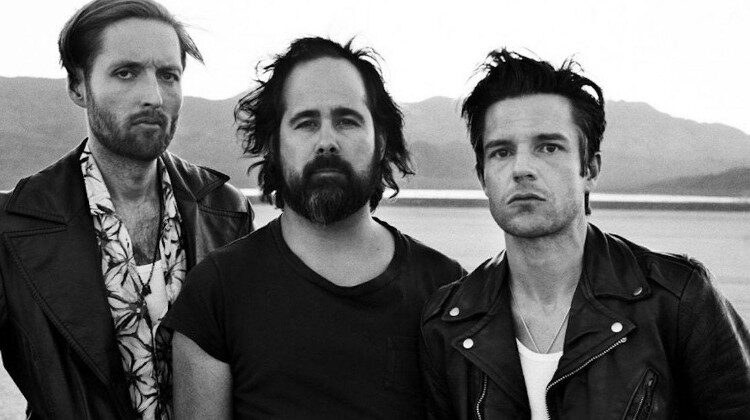 Brandon Flower’s et al return with their most collaborative album to date as The Killers create a new lease of life inside their tailored sound.

The Killers are a band that like to slowly defy the groove they get settled in – it may take them a while but their subtle change in sound over the years has allowed them to grow as musicians. Saying this, they still do have a sound that everyone can recognise straight away, but the creativity and subtlety built around this from record to record is what makes the difference. With a recent move from Vegas to Utah for lead singer Brandon Flowers, in part due to his wife suffering from PTSD, new album Imploding the Mirage builds on this change in atmosphere to bring out their most collaborative and self-affirming record yet.

Starting with My Own Soul’s Warning, the ethereal opening straight away breathes in Flower’s recent move away from the busy and constant lights and sounds of vegas: “Going against my own soul’s warning but in the end, something just didn’t feel right…I just wanted to get back to where you are”. This is right before we’re hit by the classic Killers sound as a synth line throws you forward at supersonic speed. The catchiness is back in this belter of an opener.

If we’re thrown right into familiar territory, the record going forward does it’s utmost to convince you that they’re offering something different, even if it’s just on the surface. The record’s collaborative efforts are where we see this the most, with the Weyes Blood featuring My God harmonised to perfection with her signature vocal warblings lifting the track higher as the lyrics suggest the same. KD Lang takes a verse with Weyes Blood featuring once again for the beat-driven and Springsteen-influenced Lightning Fields, it’s gentle atmosphere allowing for subtle changes and a piano line that holds everything together delightfully.

Caution is the unmistakable old-school Killers stomper we’ve come to expect, perfect for their big single release and featuring a wonderfully crafted guitar part by the one and only Lindsay Buckingham of Fleetwood Mac fame. “Tonight the winds of change are blowing wild and free” sings Flower’s, showing off his current mindset. The move to Utah has done him a world of good, it seems.

Running Towards A Place draws deeply on the work of the aforementioned Buckingham’s band Fleetwood Mac, with its settled beats and dreamy guitar parts building and falling when necessary whereas When The Dreams Run Dry sees Flower’s feeling his age (even if he doesn’t look it) and reflecting on what’s come before and what the future holds. This is set amongst 80s influences and a slice of Springsteen-esque swagger, once again. The only sour note of the record comes with the predictable and ‘on the nose’ Blowback which feels a little monotonous and mundane compared to everything else, completely out of place by being the second track on the record.

Apart from the one anomaly, Imploding the Mirage is a well constructed Killers record that sees the band in a fresh space. It’s been brought to life with a myriad of collaborations and the added guile has, even slightly, led to a record that feels both comfortable and new at the same time. A strong effort from a dying breed of surviving noughties rock bands.