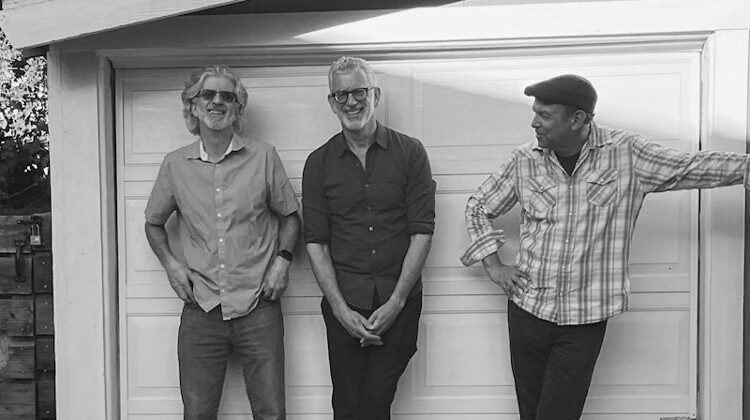 The Furious Seasons invite you into their folky, Americana-tinged world on their new album, Home All Day, Home All Night.

Los Angeles-based folk trio The Furious Seasons use their warm and playful sound to good use on new album Home All Day, Home All Night. Taking inspiration from the difficulties faced by many during the pandemic, the band delves into subjects of love, aging, childhood memories and living for the now to create a record of warmth and wonder.

Kicking off proceedings with Is This Happening, The Furious Seasons instantly transport you to a more innocent time brought to life through settled guitar rhythms, David Steinhart’s warm and inviting vocals and a rolling drum beat. The song is simple yet delightful with some great guitar work and a catchy chorus. Down For Me then slows things down with a folk-inspired acoustic flow that builds against Spanish-tinged elements. It also has a little Simon and Garfunkle vibe thrown in for good measure as lyrics of poetic struggles bring to life the past: “I don’t believe in the good old days, that’s for people whose eyes are shut tight”. It paints vivid pictures with bright melodies and works very well.

As you delve deeper into the album, it reveals a warmth to its songs, and you’re almost able to feel the physical warmth at times like a big mug of coffee in your hands. Lovely Backyard inspires feelings of love for wherever you grew up in Americana-fueled flows and a rhythm that takes its time to unfurl. Birthday Song carries on in the same vein relying on imagery of barroom flights of fancy and a simple life whilst Long Vacation brings back that rolling drum beat once again, calling on the elusiveness of time and making the most of what you have.

These kinds of themes run rampant through the entire record and are perhaps weighing heavy on many people’s minds after the effects of the pandemic bringing about change for many. The band use this to build an atmosphere, especially in the later cuts on the record. The acoustically influenced A Puff of Smoke seems to play on the fact that you can lose everything as quickly as you have it with some of the best guitar work on the record. Hell, they even throw in a cover of David Bowie’s Changes, hitting these themes right between the nose. It’s always a risk covering legends like Bowie, but the band do it well, changing the style completely, slowing it down and drawing out a new story from the track.

With the pandemic taking a stranglehold on the world, it’s pretty evident this record has been influenced by a global change of mindset that The Furious Seasons have captured in song. With folky flows against hints of Spanish guitar music and the warm and inviting scent of Americana, the band have put together a well-thought-out record that will soothe the soul.