Home » articles » The Avalanches: We Will Always Love You – Review 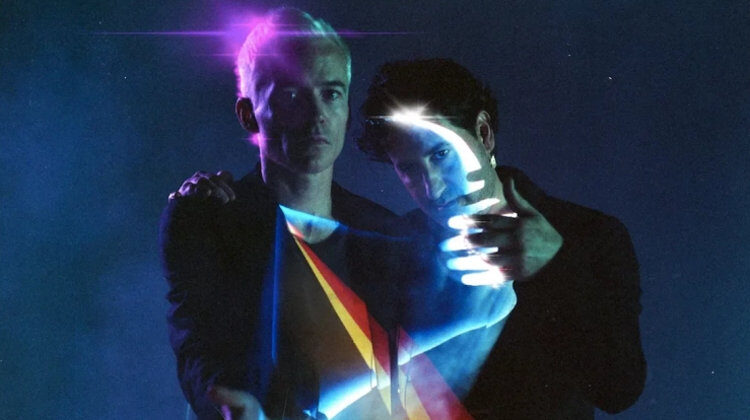 Melbourne’s premier exponents of ‘plunderphonic pop’, The Avalanches, laboured for sixteen years to produce a sequel to their dazzling patchwork of samples, Since I Left You; when the equally blissful Wildflower finally arrived, it pivoted around song-based material and a coterie of high-profile cameos from the likes of Jonathan Donahue, Kevin Parker, David Berman and Danny Brown. Their brand-new opus, We Will Always Love You, continues in this song-structure vein with a disparate cast of collaborators, eschewing bittersweet disco bangers and sinking into a ravishing suite of twinkly psychedelia that occupies a rhapsodic middle ground between genre-melting melodic heft and spangly euphoria.

Like its predecessor, We Will Always Love You is top-heavy with guest spots and some inspired hook-ups, whether it be Terence Trent D’Arby juxtaposed with a dusty sample from cult folkie Vashti Bunyan, Johnny Marr uniting with MGMT or ragga rapper Cola Boyy teamed with Clash’s Mick Jones. The end result makes for some of 2020’s most joyful, kaleidoscopic and seamless sound sorcery, less reliant on sample trickery and rooted in a scholarly zeal that emits weightless sensations from pop music’s past, present and future.

Marr and MGMT combine to thrilling effect on the wistful psych-disco strut of The Divine Chord, an interstellar groove that brims with elation and rivals Subways for inducing goosebumps. Similarly, We Go On, Overcome, Born To Lose and the Ibiza gospel-boogie of Music Makes Me High exude the familiar, ineffable, happy-sad textures of the best Avalanches material. The stoned, spoken-word languor of Kurt Vile works a treat as Wayne Coyne from The Flaming Lips summons the celestial on Gold Sky and Interstellar Love deliriously meshes Leon Bridges with The Alan Parsons Project. Perry Farrell backed by a gospel choir on the delicious disco of Oh The Sunn! is as marvellous and bonkers as that sounds.

For a record containing a legion of voices and a wealth of punctuating, interstitial interludes, there’s a striking lack of filler; only the Jamie XX and Tricky tracks peter out disappointingly without leaving a mark. While it broadly falls into the category of candy-box psychedelia and hip-hop, We Will Always Love You is resolutely exultant art-pop, cooked up like an introspective, reflective essay on loss, long distances and transcendence.