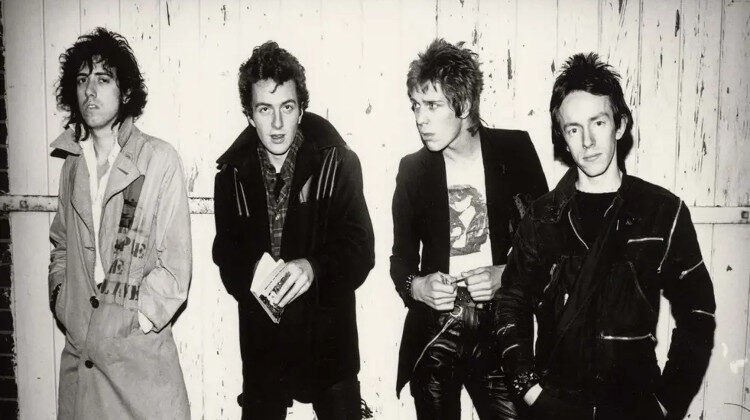 This month we look at the legendary album, London Calling, by The Clash. Joe Strummer, Mick Jones, Paul Simonon and Topper Headon return from the verge of obscurity and come back in from the cold to produce a double album like no other.

It’s hard to believe that London Calling turns 40 this December. The third album by the London-based punk rock band will, for some, be the album that they are remembered for and feature in the top ten albums ever for many. From its iconic artwork to the music and lyrical creativity of a band at their peak, London Calling is a truly timeless classic.

They say that desperation is the mother of invention and in 1979 The Clash were desperate. The success of their first album had been marred by the backlash of the sophomore release. It wasn’t the content the punk faithful had an issue with, but the polish of the sound having been produced by renowned ‘rock’ producer, Sandy Pearlman.  To make matters more complicated, after years of conflict between guitarist Mick Jones and band manager Bernie Rhodes, the six-stringer had given the rest of the band a “him or me” ultimatum. The Clash chose the musical brains behind the operation in Jones. Ironically, the remaining founding members reversed this decision in 1983 which essentially killed off the band as we knew it. But back in 1979 Strummer and Co knew the next release had to be their very best, or their very last. 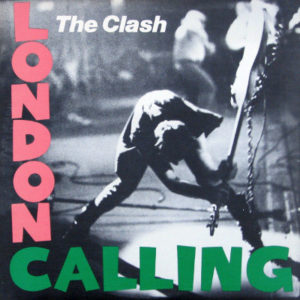 Recording sessions for London Calling started in August 1979 in Wessex Sound Studio in London under the guidance of unorthodox producer, Guy Stevens. The recording process spanned several months, as the four-piece shook off the shackles of their punk label once and for all and delved deep into their influences. Reggae, Ska, Rockabilly, rock and jazz can all be heard on the four sides of vinyl. Stevens pushed the band hard to tap into their creativity and cared less about accuracy and more on passion, groove and feel. A mantra which really shines through over the 19 tracks.

The magic that spawned over the 90 plus days in the studio was nothing short of brilliant. Instant classics that are not just great Clash songs or great British songs but outstanding music universally loved and revered. From the title Track, London calling – A fictional story of a post-apocalyptic world, over stabbing chords and an iconic bassline – to the hidden track Train in Vain; a song written and sung by Mick Jones about his recent break up in the last days of the studio time. The latter track was actually committed to tape too late, missing the tracklisting cut off. Then there are all the great spins in between; Spanish Bombs is self-explanatory, Lost in the Supermarket is Strummer penned about his bandmate Jones and sung by the guitar player.  Not forgotten Guns of Brixton, written by bass player Paul Simonon after heavy encouragement from Joe and Mick as well as the realisation the songwriters earn the real money.

I can’t write about this album without bringing up the front cover of the LP. It has to be one of the most recognisable covers in history. The image, a candid shot taken by photographer Pennie Smith of The Clash bass player Paul Simonon smashing his beloved Fender Precision Bass on stage in New York. The slightly out of focus shot captures perfectly what The Clash were all about.

With the release of London Calling, success was assured for The Clash. Further commercial success would come later with their final release Combat Rock. But this double album propelled them into the elite. Their talent and presence were never in doubt, but with London Calling the four rockers made good on their potential. In a further demonstration of the ethics of the band, they insisted on selling the double album at the price of a single LP, five British pounds, knowing full well that this move would eat into their royalties from the sales. It may have been a slogan created by their record label but with unleashing London Calling to the world, The Clash proved once and for all that they really were the only band that mattered.