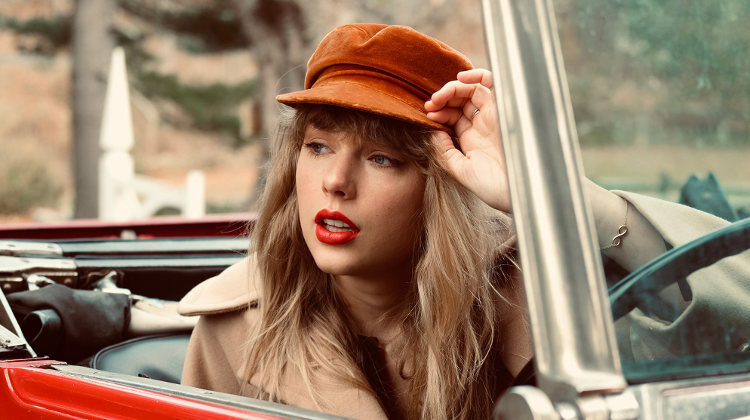 Well over a year ago, it was announced that legendary singer-songwriter Taylor Swift would officially re-record and re-release her first six albums as part of her plan to regain her masters from record label Big Machine. This is undoubtedly going to be a terribly long and time-consuming project to do for Swift, as she will have to re-record literally hundreds of songs. And recording a song is not that simple, either. There is a ton of work that goes into it, not just vocally, but also in terms of production, mixing, mastering, etc.

Yet in April of this year, Swift released Fearless (Taylor’s Version) which had almost the entire fanbase in tears being left with a humongous wave of 2000s nostalgia and updated, more mature vocals and production. There’s just something so incredibly endearing and tear-jerking about listening to songs such as Love Story and You Belong With Me sung by a thirty-one-year-old Taylor Swift.  And although almost every Swiftie believed that 1989 (Taylor’s Version) would be the second re-released album thanks to Swift dropping numerous hints on social media and on talk shows, she actually threw us a red herring, instead announcing that it would be Red.

It certainly felt like a hugely long wait to finally get to hear the entirety of this thirty-track album, but the day is officially upon us and I can wholeheartedly say that it was absolutely worth the treacherous wait. Despite the fact that this record is two-hours and ten minutes long, Swift’s songs always make you want to stay for more, and it’s even more amazing how coherent this thing feels.

You’d think that with thirty songs, something would feel out of place. Perhaps one of those From The Vault tracks just doesn’t mesh or something. After all, they weren’t included in the original Red for a reason, right? Well, not necessarily. Every track here has something important to say. Swift’s Red storyline has expanded and now we can see the bigger picture like never before. State of Grace is an absolutely beautiful way to open this album just like it was all the way back in 2012. As the drumbeat kicks in and Swift swoops in to sing “I’m walking fast through the traffic lights / Busy streets and busy lives”, it feels like a warm hug from a long-lost friend.

The title track has always been somewhat of an underrated gem for me, at least in my opinion. Sure, people talk about it but you almost never hear it talked about these days. You hear about the singles and of course, All Too Well which I’ll get into later on, but Red is a seriously infectious pop anthem that has an amazing guitar instrumental.

Swift and her music have been a major part of my life ever since I was about eight or nine years old. Every time I was in the car with my parents as a kid and I heard Swift’s music on the radio, I would get extremely excited, and one of the first times I remember this happening was when I heard I Knew You Were Trouble.  Of course, as a kid, I wasn’t really sure what the song was about – I just knew it sounded damn good. Now, hearing this same song with updated production and Swift’s more mature vocals, it was like getting hit with a brick of pure emotion. It’s an upbeat song and it’s so catchy to sing, but longtime fans of hers will surely get a huge kick out of hearing classic singles such as this one, 22, and the iconic We Are Never Ever Getting Back Together which does sound remarkably different this time around – especially the “We-ee” in the chorus.

And interestingly enough, there are a handful of songs on this re-recording that struck me so much different to the originals. Songs that I appreciate so much more now, and I think Swift’s newer vocals are partly to thank. I knew The Last Time featuring Snow Patrol’s Gary  Lightbody was a great song, but this album really shows that. It actually kind of reminds me of something you’d hear off Evermore, which is maybe why I appreciate it more now.  The same thing can be said about Girl At Home – who knew it was that good? Seriously! After listening to this album, it’s been stuck in my head for quite a while now. I just can’t help but hear Swift’s voice on repeat in my mind singing “Don’t look at me / You’ve got a girl at home / And everybody knows that / Everybody knows that”.

Red has always been an album that, I think, is quite underappreciated by the masses. It shows beautifully just how great of a songwriter Swift is. Her songs have never been about her complaining over guys. She doesn’t date guys and break up with them in order to get some new material. She has always experienced true heartbreak and she’s like all of us – she has been looking for love all her life but simply couldn’t find it.

Of course, these days she has found love with Joe Alwyn, but that wasn’t always the case and she used writing as a way to cope with the heartbreak and emotional distress. This, of course, leads me to talk about All Too Well which just may be the best song Swift has ever penned. And if you thought the original five-minute version of the song was excellent, just prepare yourself to be blown away by the ten-minute version here.

Some fans may have been a bit worried about this track – after all, how can you make a ten-minute song and not have it feel drawn out and a bit tired? But against all odds, Swift managed to take an already masterful song and make it even more masterful. The song doesn’t feel too long at all – it feels just right.

And of course, the lyrical content here is something that is truly incredible. “Cause there we are again on that little town street / You almost ran the red ‘cause you were looking over at me / Wind in my hair, I was there / I remember it all too well”, Swift sings in this thought-provoking emotional triumph.

Seeing as this album has more tracks than the original, many people are surely naturally curious as to whether or not the From The Vault tracks are good – boy are they ever. Nothing New is by far the absolute best collaboration song on the album, featuring some truly gorgeous and harmonious vocals by indie delight Phoebe Bridgers.

Another true standout here is Run featuring Ed Sheeran. The two have been friends for well over a decade and have put out songs together in the past (Everything Has Changed, for example, which sounds wonderful here too) and this one is nothing short of spectacular. There’s not much else to say about Red (Taylor’s Version) that you won’t hear said online for months and years down the road that I haven’t already said. Swift took an already brilliant album and turned the quality up to eleven. Nobody will ever do it like Miss Swift.