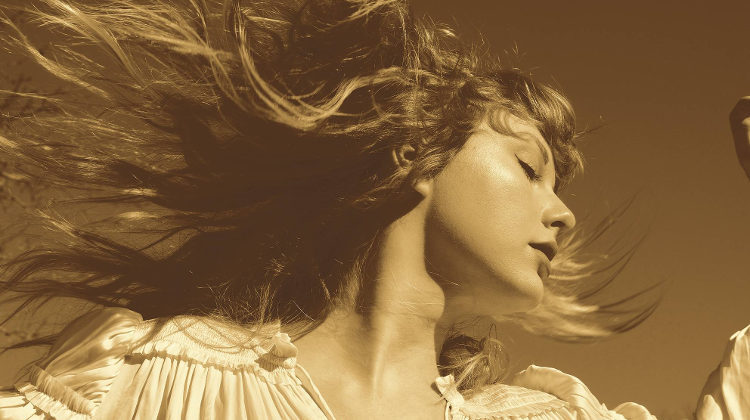 Taylor Swift re-records her 2008 album Fearless which seems even more poignant in our twisted and chaotic modern world.

Many of you will have heard the story about why Taylor Swift is re-recording her first six albums, but for the rest of you, let’s have a little catch-up. Taylor was fifteen years old when she signed a 13-year record deal with Big Machine, which gave the record label ownership over those 6 initial recordings.

Fast forward to 2018 where Swifty is a global mega-star and signed a deal with Republic records. Big Machine Records then sold the rights to Taylor Swift’s first six albums to talent manager Scooter Braun, apparently without her knowing or offering her the rights. Queue lots of blaming back and forths between Big Machine, Scooter Braun, and Taylor with all parties getting angry and no one really knowing the real truth.

Braun then sold the rights in 2020 for an estimated $300 million. Taylor vowed to re-record her first six albums, which she is legally able to do, so she could own the rights to her earlier material. That takes us to the modern-day and Taylor’s first re-recorded release, her second album, Fearless. All caught up? Good.

It’s a mess, yes, but perhaps just another story of an artist getting screwed over by the big guys. The problem for them is, Taylor Swift is huge, has a loyal fan base, and knows how to hold a grudge, and some would say is quite rightly so.

So what do we find with the first re-recording? We really do get a re-recording in all rights of the word. There are no added flourishes, no key changes or lyrical tamperings; it’s the classic Swift album that we all know and love. Her voice has hardly changed since the original recordings, perhaps sounding a tiny bit older and wiser; it’s an almost perfect recreation instead of a reimagining. On top of this, you get six ‘from the vault’ recordings of previously unreleased tracks from around the same time and also the tracks from the deluxe edition of Fearless. It works out to be quite a package at 26 songs and over 2 hours long.

It also feels like the perfect time to release the record. Fearless arguably features a stronger lyrical style and better-written songs than her debut, perhaps why she decided to release it first. It also comes at a time where many of us would love to revel in an album of love, loss, and powerful coming of age stories that we can all take something from, especially at the moment when the world is in such a difficult place. It’s a way to look back to a normal time and feel all nostalgic and warm inside.

Love Story is still as fresh and appealing as it was when first released, for sure one of Taylor’s finest tracks of all time. The plinking guitar and slow build-up to the perfectly catchy chorus all remain exactly the same and you’d be a keen fan to notice any differences vocally. Tell Me Why features that warm and inviting country-pop sound that made us all fall in love with Taylor Swift in the first place, whereas Fifteen, which was written at 18 years old, feels just as poignant and life-affirming with her singing it at 31. The songs release such honest emotion and play out stories experienced the world over that they’ll never feel old.

New editions such as the recently released Mr. Perfectly Fine, supposedly written about Joe Jonas, hits the old school mark of a scorned and damaged Taylor rising from the ashes, one that many have missed and a stark reminder of those often over-powering emotions we all experience in our youth. Today Was A Fairytale is a strong contender for the best ‘from the vault’, with its wandering pace and beautiful flow making you think of tracks on the recent album, Folklore. It could have fit on that record pretty easily if it wasn’t for the more energetic and bold chorus.

Fearless (Taylor’s Version) is a feast for the fans, a reminder of her fantastic talent, and the start of a healing process for Taylor herself. It was a brave step to take in re-recording her previous work, but one that is bound to pay off, both physically and emotionally.