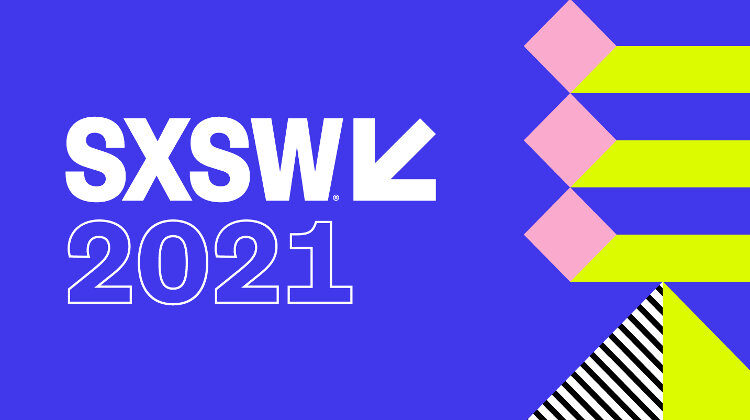 We look ahead to this year’s SXSW event and give you the low-down on some of the talented British acts that will be performing.

2020 was obviously a disappointment for many music lovers and the music industry the world over. Fans didn’t get to see their favourite artists perform in the flesh, artists had tours cancelled, and many up-and-coming musicians felt the pain of a decreased income.

However, one great outcome of this crisis was innovation to cope with the situation. Online music events became a massive thing to counteract the lack of live, in-person events and they really began to take off. This also led to bands and artists thinking up new ideas and ways to get their music out to the masses, whilst also creating some truly innovative songs, ingenious online performances, and great, new material from up-and-coming acts.

SXSW have followed suit with their first-ever, completely online festival for 2021. Taking place from March 16th to the 20th, they’ve got some truly tremendous artists lined up. They will be performing around the world from empty venues or even their own houses and you’ll be able to watch them through your phone, laptop, TV, or computer. It will offer a unique experience at a unique time in our lives.

With such a vast amount of artists and talent gracing this year’s event, we thought we’d start off by highlighting some of the best British acts performing at this year’s SXSW. Find out about them below where you can also give one of their tracks a listen.

With the swagger and vocal delivery of Marc Bolan and the guile and verve of The Rolling Stones, this four-piece from Wales have a bright future ahead of them. Their glam rock sound is beautiful to behold, reminding of the 70s megastars that came before them but still holding onto something distinctly their own. Think tailored riffs, catchy rock dreamscapes, and a positive, frank energy and you’ll be on the right track.

London-based singer-songwriter Anna B Savage has a depth and dexterity to her music that’s impossible not to like. Her captivating, powerful and flowing folk music has all the devastatingly candid lyrical content of Laura Marling and her keen ear for melody and gentle buildups just keep you longing for more. Bewitching music that needs to be heard to be fully appreciated.

Dublin’s Pillow Queens create an all-encompassing and inclusive indie rock sound that’s impossible not to get swept up in. 2020s debut album In Waiting showcases this ‘positivity through dark times’ mentality that is perfectly weighted against jangly guitars, indie-pop melodies, and its occasionally brash nature to give it just enough edge. If you’re looking for music that makes you feel comfortable in your own skin, Pillow Queens are the emphatic new band you’re after.

English beat-driven singer-songwriter Connie Constance really knows how to get hold of your emotions and hit you right in the feels. Calling on indie-pop, soul, and RnB, she perfectly mixes the genres to create something fresh and new. Her tracks have a habit of flowing along before dropping into something vibrant and twisting, yet always feel settled and in control. The perfect mix of interesting ideas that will see this artist go far.

With their debit album only released in February 2021, Black Country, New Road have hit the ground running and are continuing their journey ahead in prolific fashion. With a jazz-inflicted, post-punk sound, their music ebbs and flows into infectious and intriguing directions, at times relying on their impressive musicianship and at others moving off in unpredictable and raw passages of energetic tones and melodies. A true music-lovers band that feels different with every listen.

These Nottingham-based art-rockers know how to keep their audience captivated. Frontman Chris Bailey’s stylistic vocals vary between spoken-word quips and tantalising, slick choruses that pulsate and drive the jangly guitars and beefy rhythms. The music all comes together in such a mesmerising way it’s hard not to get sucked in. Building that big energy that explodes when necessary is just the icing on the cake. It will be interesting to see what they come up with for SXSW.

We reviewed Ego Ella May’s latest record Honey For Wounds back in July 2020 and became immediately impressed by its neo-soul swagger against a jazz, RnB underbelly. With great musicians providing the backing track to raise up Ego’s vocal performances, the album just works in such a perfect way. Her smoky vocals are wonderful to unwind to, but also able to command when necessary and guide the listener by the hand. A unique talent with a big future.

With a recently released debut album, Uppers, under their belt, the London-based four-piece are making waves with their honest and powerful lyrics, raucous attitude and pulsating punk grooves. Taking hints from 80s sensibilities, fuzzy guitars and recent enigmatic bands such as Idles, they’re on the forefront of a new music scene giving a voice to the people and building close relationships with their fans.

The contemplative and serenely beautiful nature of Aoife Nessa Frances’ music is a joy to listen to. Debut album Land of No Junction was released to critical acclaim in 2020 and allowed the world into the Irish artist’s introspective world of loss and discovery. With a folk-laden guitar-led base to her music, it’s her vocals that really bring the songs alive, ebbing and flowing over dreamy soundscapes and able to lyrically create images that come alive in your mind. Well worth a listen.

If you’re looking for some grungy 90s-inspired energetic alt-rock, look no further than Scotland’s very own Dead Pony. Anna Shields’ raucous and fully-fledged vocals burst out through the fuzzy guitars and energetic drums to provide the focal point of the band’s appeal, throwing the tracks forward at a blistering speed. Their high-octane sound is perfect to help us deal with the hangover of the pandemic and make you look forward to when we’re allowed back out into the real world to attend those much-needed live gigs.

To find out more about SXSW 2021 and purchase tickets, head over to the official SXSW website. The event will be running from 16th March to 21st March 2021