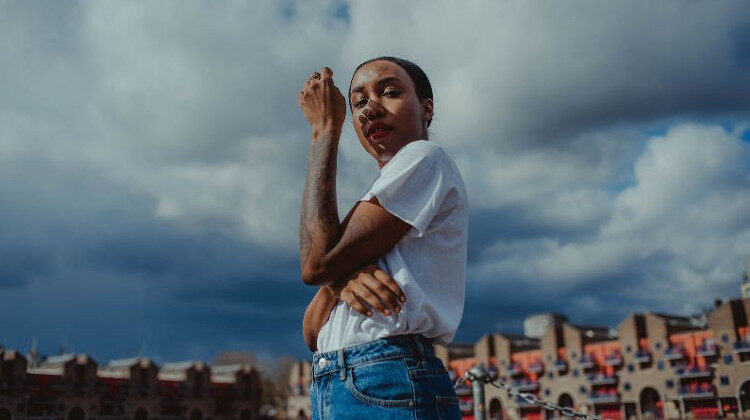 Honey For Wounds, the latest release from Ego Ella May, is an intriguing and thoughtful combination of Jazz, R&B and Neo-Soul.

Released via John Boyega’s UpperRoom Records, Ego Ella May describes Honey For Wounds as “music to heal to”. This is a fantastic concept for an album and it’s great to feel the positivity in the statement. While certain tracks do have a political stance, the general overall feel of this album is one of reaching out to the listener with a wish for emotional connection and an expression of loving energy.

Following the release of her album So Far, May is once again unafraid to use guest appearances to strengthen the record, this time from the likes of Alfa Mist, Theo Croker, and Maralisa to name a few. This only heightens the appeal of Ego Ella May’s sexy and soulful voice which far outweighs her youth.

What’s interesting about the record is how, at times, it reads like pages in a frustrated teenager’s diary. Alright features strong statements from this young singer and the conception of the power of words ability to heal or wound is a forceful one: “I ain’t even trying to get fake deep, just be more mindful of what I believe: there’s power in the tongue”.

How Long Til’ We’re Home taps into the race politics that we are currently dealing with in the UK. Ella explains that the song came from asking herself “where is home anyway? Too African for Britain, too British for Africa”. This is a very current and important political song and has a smart combination of personal feeling and political activism.

Table for One’s heart-softening nature swoops and judders the senses like watching a bird of prey in flight. Personal, intimate, and connecting, this is one of the stand out tracks on the album. Girls Don’t Always Sing About Boys then goes on to embody the young voice of 2020 feminism. May sings about the assumptions connected with being a female singer and the tedious never-ending stream of cliched love songs, and sexist tropes about women songwriters and performers. Her approach to songwriting is political but refreshingly soft: “What if I wanna talk about suffering?… Sanitary kits for homelessness Grenfell, mental health” she sings.

Honey For Wounds is a thoughtful and gently soulful album from a fresh talented artist that has a big future ahead of her.