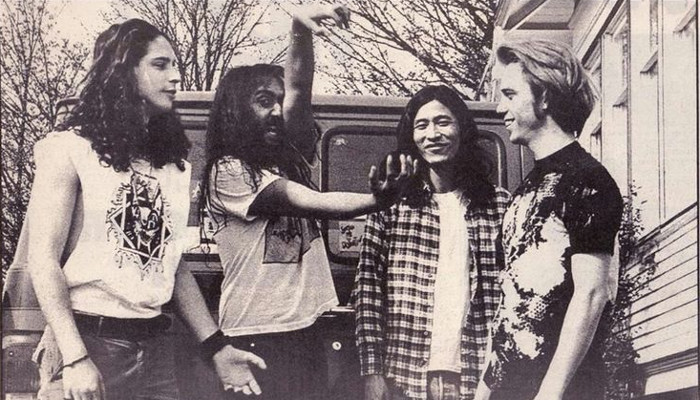 September marks the 30th anniversary of Louder than Love, the major label debut of Seattle supremo’s Soundgarden. We take a look at the band in a transitional stage of their career and the album that bought the grunge heavyweights to the attention of the mainstream.

Soundgarden formed in 1984 and were a huge part of the Seattle scene from its inception. They signed to Sub-pop records, releasing singles and EP through the Washington State independent label. Even though they were being sought after by major labels, they signed an album deal with SST Records and released Ultramega OK. After going through the motions with their debut album, including US and European tours, their first music video and a Grammy nomination, the ‘Garden finally signed with major label A&M Records.

Louder than Love sets out to correct the mistakes of Soundgarden’s previous LP. They are more in control of their sound. They worked hard with Producer Terry Date to lay down their unique Seattle post-punk groove metal.  The slow grind of the two drop D tuned guitars of Cornell and Thayil defiantly stand shoulder to shoulder with the cross Rhythms of the Matt Cameron and low octave/high gain bass work from bassist Hiro Yamamoto. This bunch of dirty grooves does not disappoint.  The dynamics that flow through the entire album are a Soundgarden trademark; the music writing of the individual members is easily distinguishable but blend together flawlessly. The lyrical and melody writing of Chris Cornell is untouchable as ever. 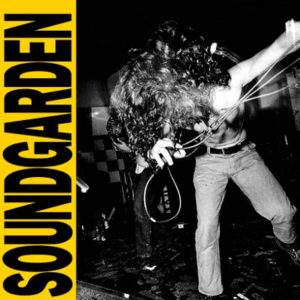 The sophomore album spawned three single releases in Loud Love, Get on the Snake and Hands all Over. Although the trio of releases did not worry the top ten pop charts around the world, they served as a platform from Soundgarden to be heard.

Perhaps the one song that stands out from Louder than Love is the juggernaut riff-led BIG Dumb Sex! This song is the main reason there is a parental advisory sticker on the front cover. Well, the chorus does state “I’m gonna fuck, fuck, fuck, fuck you… fuck you!” But, in most cases such as this, all is not what it seems. The song is a definite jibe and a joke at the expense of popular and commercial metal bands in the late ’80s, who sing about sex, drugs and rock n’ roll. Which is so far removed from the sounds emerging from Soundgarden’s hometown.

There was great upheaval in the Soundgarden camp around the time of this release. A&M Records were their third record label in as many years. The original bassist Hiro Yamamoto was on his way out of the band. By the end of the tour to support Louder than Love, new bass player, former Nirvana guitar man, Jason Everman was also gone. His departure made way for the ‘Beast’ that is Ben Shepherd. Greater critical and commercial success would come with later releases Badmotorfinger and Superunknown, but Louder than Love paved the way for that success.

This is a further demonstration and reaffirmation of Chris Cornell’s vocal style and the heavy riff grooves of Cornell and Kim Thayil. Often in multiple odd time signatures (9/4 anyone?), this collection of songs showed the world what Soundgarden can do and attracted the ever-watchful eye of the music industry to the rain-soaked city of Seattle, Washington.