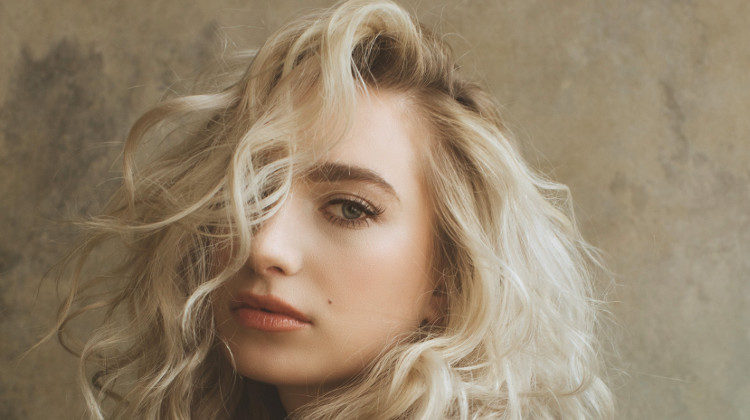 twenty one, twenty two from somegirlnamedanna is the perfect blend of pop style and unique vocal layering that help create an effortless debut EP.

Somegirlnamedanna just has something about her. Having been brought up in a remote area of Minnesota – mostly away from influences of social media and television – this could be a part of what seems to raise her music and outlook above many other up and coming artists. It’s straight away apparent with her new EP twenty one, twenty two, as the distinctive style and clever layering stand against a playful passion and impressive vocal range begging to be heard.

Starting off with the beautifully creative hello i am, we’re thrown into this previously released track that sets out somegirlnamedanna’s wonderful ear for pop rhythms and minimalistic hooks. Focusing on just the artist’s vocals, these are gradually built and layered on top of each other to create a uniquely addictive sound as an introductory story to the singer gradually filters through. At just under one minute and fifty seconds, it’s a fantastic EP opener from a new artist hitting the ground running.

seriously, just stop follows and is a future teenage anthem full of reminiscence, regret, and focussed female empowerment. Set around pop culture references and a swagger in attitude and lyrical content, it just works very well: “why can’t we just call it a loss, why is this message not getting across, it’s typing again but please don’t bother sending, here’s my response – just stop”. The equally poignant monday relies on a deep bassline holding the track together before opening up into a beat-heavy pop revival that doesn’t quit. The track settles back intermittently before raising the game once more, pulling in those beautifully layered vocals when necessary to thicken out the sound.

kitchen table sees somegirlnamedanna testing her vocal range against gentle guitar building into subtle beats as the track progresses. This time there’s more substance both musically and lyrically with an ambient pop vibe and flecks of influence from Lorde and Billie Eilish. That’s not to say that Anna relies on the sound of others; there’s something unique in her voice and lyrical presence that helps her stand out on her own, a kind of fresh innocence but also a mature understanding.

california is based around the idea of being separated by thousands of miles but really wanting to be with someone, it’s probably something that many can relate to at the moment with the problems caused by the global pandemic. Full of emotion and heartache, it adds another string to a very talented bow.

To finish off the EP Anna gets to open her heart a little more with the acoustically driven and emotionally flamboyant Abandonment. Nice turns of pace and melody really help the track stand out with one of the best vocal performances on the EP, showing the singer is just as good in a live setting, as she is in a heavily layered and produced one.somegirlnamedanna should have no right to release such an accomplished and impressive debut EP, but that’s exactly what she’s done with twenty one, twenty two. With a distinct style littered throughout, her confidence allows her to find the heart of each track and exploit it into whichever strong point the listener needs to hear, whether it be pop sentimentality, cleverly layered vocals or an instantly catchy chorus. Remember the name of this girl because she’s going to be big.