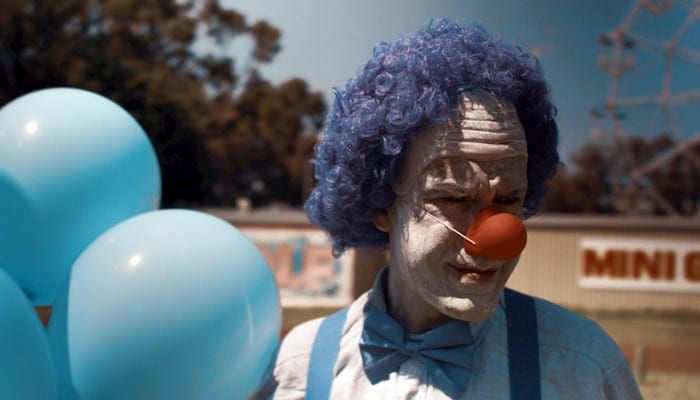 StrangeJuice invites us back into their odd but wonderful world of psychedelic indie-folk with new record Raising Cannibals.

It’s always a good sign when you can hear musicians having fun in their music. Sometimes you feel that bands are just not enjoying what they’re putting out there, but that couldn’t be further from the case with new record Raising Cannibals from StrangeJuice. With such a unique but purposeful sound, the band draw on 80s and 90s influences to seal in the record’s alternative-indie juices that turn into something both fun and thoughtful. And what’s even more impressive is the record was created and recorded in only 2 weeks.

After a 3 second expletive-ridden introduction, track Big Jim Smoke kicks in with dreamy guitars, gruff vocals and a sinister atmosphere. Think Eels with a darker turn and more indie psychedelia. The slow pace allows the atmosphere to fully develop its sound with a great fadeout section that suddenly kicks back in stronger than ever. Interesting production allows Mike Anderson’s vocals to really shine, improving the track’s appeal with deep, monotone verses against strange sounds and rolling bass lines. 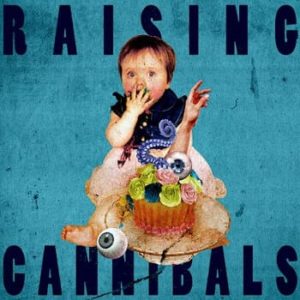 Hey You has that comedy essence of New Zealand duo Flight of the Conchords about it as distinct hip-hop rhythms are played out against humourous lyrics; at one point Anderson even talks about his grandmas designer brand sports bra. It’s not as obtuse as you’d expect, however, and features some great synth work with a whiff of late Weezer. Its chilled atmosphere is very cleverly set out with one section enlisting screeching guitars that are settled in amongst layered screams, but somehow still managing to feel serene.

Put The Television On is straight out 90s indie with an essence of Beck in the lyrics, whereas Home Shopping manages to combine an indie-pop sound with a sunny atmosphere, leading into a rocking guitar-led chorus to boot. The verse’s synths really bring out something extra in the track with Anderson’s bright and ever-changing vocals keeping it alive and moving onwards.

Bonnie’s Dress and The Forgetting Place focus more on wordplay and clever lyrical comparisons as word twisting lyrics are realised through the use of echo-laden guitars and a psychedelic atmosphere. There are many nods to 80s experimental rock here that work really well. It’s all very clever and somehow never feels out of place. The record then finishes with Horses Eyes, managing to tie everything together nicely in a slow and sultry number that builds through floaty sounds and airy, layered vocals to push the track forwards. It’s one of the first times we get to really enjoy Anderson’s vocals in a more raw sense with little back up from instruments, showing us just how strong they are. A great way to end the record.

Raising Cannibals is a fine piece of work from StrangeJuice, and being that it was conceived and created in roughly two weeks, it seems an even more amazing feat. There are so many layers and sections to enjoy that you’ll find something new each time you listen. The melodies chop and change throughout as distinct influences from 80s and 90s indie are used to their advantage, tailoring a sound that’s familiar but still distinctly their own. A fantastic record that deserves all the plaudits it will receive.