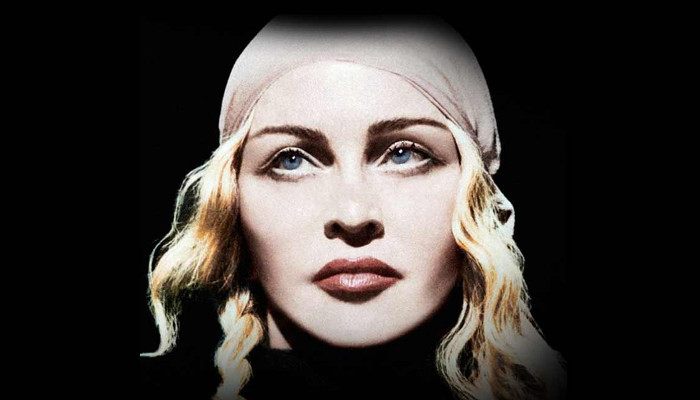 Madonna dials up the crazy on new record Madame X, treating us to a Latin-influenced mish-mash of ideas that manages to impress.

I think everyone’s given up on seeing Madonna retire. Why should she? She enjoys what she does, has a huge fanbase, and if new album Madame X is anything to go by, is still awash with new ideas of insightful craziness to dish out to the public. The new record sees Madge focus on her flagrant love-affair with Spanish and Latin-influenced tracks that have been brought to the forefront for the first time. Her creativity here has been influenced by her time living in Lisbon, Portugal, even incorporating some Portuguese, and Spanish lyrics, and enlisting the help of some of Latin America’s brightest stars.

Previous single Medellin opens the record as slow, reggaeton style beats are languished over before Maddona’s vocals saunter in talking about pills and dreams. Alice in Wonderland anyone? You’re definitely going to get lost down the rabbit hole as the album continues. Maluma chips in, singing in Spanish to bring out the spirit of his track-titled hometown as addictive beats and dancehall vibes roll forward. The track somehow survives calls to “cha cha cha” and is a perfect introduction to the craziness, brilliance, and sticking points that beset the record. 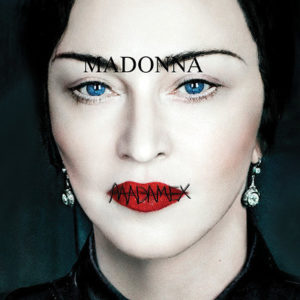 If Meddelin wakes up the senses, Dark Ballet is a call to arms that Madonna has called time and time again over the years. Stonking, slow beats are suddenly replaced with a piano solo before going into a robotic-voiced version of The Nutcracker. Should it work? No. Does it work? Yes. It’s insane but perfectly produced, stepping away from dance floor fillers and relying on sheer listening power to see where it goes next, which includes a self-aggrandising spoken word section.

Batuka enlists the help of Batukadeiras (a Portugal based choir in the background), bringing to the forefront the thumping beats and strange atmosphere as they repeat key lyrics of standing tall and treading a hard path; Madonna then carries this home amongst synths and dancehall beats. Crave takes a step back from all the crazy frivolities by relying on acoustic guitar amongst lyrics of dreams and obsession: “You’re the one I crave and my cravings get dangerous”. It’s one of the more pop-friendly radio tracks that proves Madonna still has time for them.

The record can seem in places like its barraging you with a wall of mixed messages. Killers Who Are Partying feels a little too on the nose to make sense of what it is trying to portray, becoming lost amongst the craziness of the record, whereas Come Alive’s faux Bollywood beats and feisty attitude falls a little short.

These shortcomings are thankfully few and far between, as a massive dose of Madonna sass is piled on the later tracks, such as the Maluma featuring Loca (that’s right, one track is named Loca, and one named Crazy) with frequent chants of “Bitch, I’m Loca”, sexual innuendos and women empowerment (back to Madonna’s best). The fluidity and well-tailored melodies of the closing track I Rise then shows us why she’s still around today and likely to rise and rise again, no matter of age, source material or decade.

Madonna has had to endure a lot in her career, and Madame X shows us she’s still strong, empowered and never going to stop. From Latin-inspired dance beats to power-driven melodies to downright craziness, the record might not be her most coherent, but it was never meant to be. It’s meant to be the sound of a woman still loving music and someone who can create whatever the hell they want to. It’s an album for herself as much as for her fans and shows up many of the artists today who just go with the latest flavour. Fair play, Madonna, you’ve created another great record.