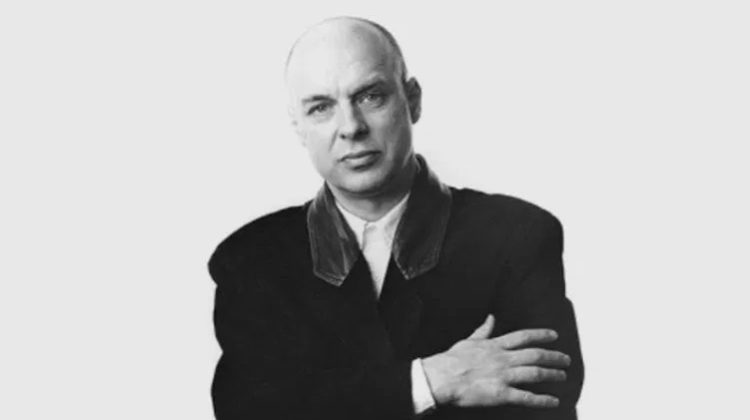 Brian Eno’s seminal record Apollo undergoes a remastering and an additional 11 tracks in celebration of the 50th anniversary of the Apollo 11 moon landing.

Brian Eno’s music almost seems too fitting for a documentary about the Apollo 11 mission. In 1983 his record Apollo was used as the soundtrack for For All Mankind by Al Reinhart, capturing the essence of a moon landing mission that, at the time, seemed like science-fiction turned into reality. The film featured 35mm footage of the mission, as well as real-time commentary and astronauts sharing recollections of the events surrounding the amazing achievement. Eno’s ambient but ambitious music fit the piece perfectly and the tracks became well-known and established in their own right as standalone compositions. With the 50th anniversary of the Apollo mission, Brian Eno, his brother Roger Eno and producer/artist Daniel Lanois who all worked on the original record, have finally returned to work together and help create this remastered edition, even treating us to 11 new tracks that accompany the original tracks.

Apollo sees Brian Eno in full-on ambient mode, noted from opener Under Stars. Gentle synths sway forwards as they entice you to look up at the sky and make use of your own imagination. Subtle textures regurgitate to form a canopy of sound that gently enthrals the listener in a warm essence. Further use of these techniques pops up on tracks Matta and Signals, both enjoying a more complicated structure that, at times, still manage to take the listener by surprise, even if you’ve heard it hundreds of times. You can’t help but think of Kubrick’s movie 2001: A Space Odyssey in areas, even if the tracks are based around the real-life Apollo 11 space mission as sounds flit from ear to ear and from passage to passage in a light and tantalizing way. 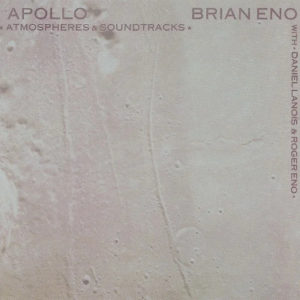 Many newer fans of Eno’s work might recognize track Deep Blue from Danny Boyle’s classic film Trainspotting as we’re thrown into some of the musician’s more enigmatic work. One part floaty ambience, another sonically, slow-paced country, the guitar provided by Daniel Lanois rises the track above just background music. The trick is repeated on the all-encompassing Weightless as a country waltz pushes the boat out amongst the stars and into a dreamscape wonderland, and before we know it we’re closing off the original compositions with the slow building and intensely exuberant, Stars. The remastered original tracks manage to breathe a little more life into these ambient classics, altering the sound sparingly whilst little hints of balance and production bring everything together nicely.

The 11 new tracks see Brian Eno, Daniel Lanois and Roger Eno once again working together as a collective for the first time since the original record was released in 1983. The End Of A Thin Cord immediately awakens the listener from the end of the original work, inviting them into new beginnings and fresh sounds against an ongoing fuzz underbelly and haunting melody. Brian Eno penned Capsule once again has that slight country feel to it in chord structure, but this time more hidden amongst soft guitars, delightful melodies and serene but strong bass. It’s an awakening which is further pressed on with the aptly named Last Step From The Surface, moulding and pressing sensations together like putty in the hands, warming the heart but chilling the soul. Roger Eno track Under The Moon has a more sinister and secluded feel about it as synths and sounds gently creep their way around the listener’s mind, cutting a feeling of meticulous study, whereas Strange Quiet effervesces with all the smartness and freedom that you’d come to expect from music created by these artists. The record ends with Like I Was A Spectator, bringing together nicely the record’s atmosphere with the track growing bolder and brighter as it progresses, and although being one of the records simpler tracks, managing to be one of its most beautiful.

Apollo: Atmospheres And Soundtracks is a must for fans and new listeners alike. When musicians regroup and try to improve on past work, it rarely works well, but the new tracks for Apollo feel like a needed addition that actually compliment, rather than take away from the original compositions. For all the early works’ guile, fervour and country-tinged edge, the newer pieces create a continuation that is far more stripped back and contemplative. Eno et al appear to be proud of what came before, but now have the benefit of years of study and contemplation to put a cap on the past and bring it into the present.

Apollo: Atmospheres And Soundtracks will be released on July 19th and also include a 2LP 180gram vinyl edition housed in a gatefold sleeve.