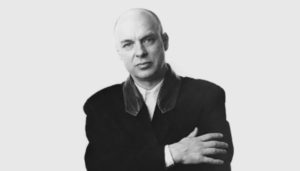 Brian Eno’s seminal record Apollo undergoes a remastering and an additional 11 tracks in celebration of the 50th anniversary of the Apollo 11 moon landing. Brian Eno’s music almost seems too fitting for a documentary about the Apollo 11 mission. In 1983 his record Apollo was used as the soundtrack for For All Mankind by Al Reinhart, capturing the essence of a moon landing … END_OF_DOCUMENT_TOKEN_TO_BE_REPLACED