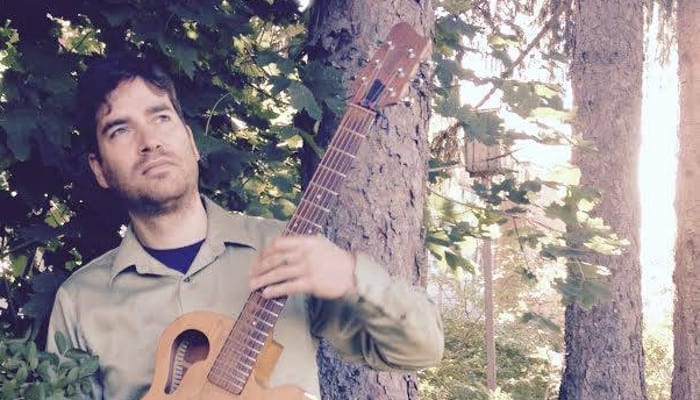 After reviewing Adam Rose’s record Levitate The Base last month, we take a listen to his other recent release, Gates Wide Open.

As you can see from our previous review of Adam Rose’s Levitate The Base, it scored a decent 3/5. The music was solid, and it had tonnes of passion throughout. The only thing that slightly let it down was a couple of tracks feeling a little too long, and the record could have benefited from vocals in areas. Gates Wide Open follows a similar feel musically, but benefiting from tighter tracks and the use of vocals when needed, making it really stand out when necessary.

Opening track Revenge Of The Warlocks might sound like it should be a cross between Star Wars and Lord Of The Rings, but this couldn’t be further from the truth. The electronic sounds and rhythms are reminiscent of New Order as they twist and turn, influenced by strong leading drums and a central riff that carries on through most of the track. It’s a great start that shows Rose’s skill with melody and distraction. 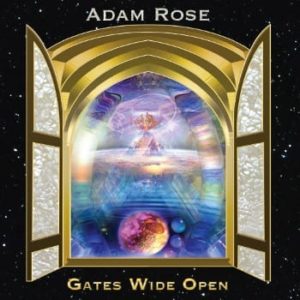 Glam Candy sees Rose back where he loves – churning out riff-laden guitar with plenty of reverb and bite. It can be hard to create a catchy song without vocals sometimes, but here, Rose makes it seem easy as he uses the guitar as an extension of voice, managing to be full of emotion and really coming alive in the catchy chorus sections.

Things get interesting with My Destiny where we hear vocals for the first time. Intriguing lyrics of mentality and circumstance litter the track as the sullen vocals really add atmosphere: “Got my head in the clouds, seems a world apart…destiny, are you lost forever?” Gentle echo-laden guitar and a beat reminiscent of Pink Floyd saunters along as if in a dream, sliding over the track and really bringing it to life. The 80s vibe is apparent and shows Rose’s fondness and influences from the era, bending and creating melodies that hypnotize the listener, and fully needing the six minute playing time to get across all the ideas needed.

Tedendah! Bites hard with Rose having a great time whaling on guitar amongst a strong 80s drum rhythm (somehow reminding me of the Beverly Hills Cop soundtrack?). Once again he shows off his keen ear for tight melodies that push the song forward amongst the lengthy running time; once again it doesn’t feel over the top because of the amount of invention within.

Elysian Sunshine changes things up completely with a slow burning feel that is backed up by some nice airy synths, whereas Sings The Truth brings in vocals once more to accompany the psychedelic sounds, haunting atmosphere and dreamy qualities. The addition of vocals rises the track to another level, Rose knowing the best time when to use them without taking away from the music.

The record ends with Smash This Paradigm Down which grows and grows into a crescendo of sound as heavy guitars join in to beef up the sound. With messages of rising up, fighting for what’s right and being honest to yourself, it’s a fun way to end the record with a humility coming through that we haven’t seen from the artist before.

Gates Wide Open is a well-rounded record that uses Rose’s skills to their fullest, complimenting both the music’s dexterity and giving the rhythms a life of their own. Vocals are used sparingly, but really bring out the tracks where they appear.

The difference between Levitate The Base and Gates Wide Open is that on the latter, everything feels tighter, more manipulated and easy flowing. Rose is having fun and it really shows. He easily flits from idea to idea and carries it off with aplomb. Gates Wide Open manages to bridge the gap between psychedelic and heavy hitting, making it an enjoyable listen that never gets old.