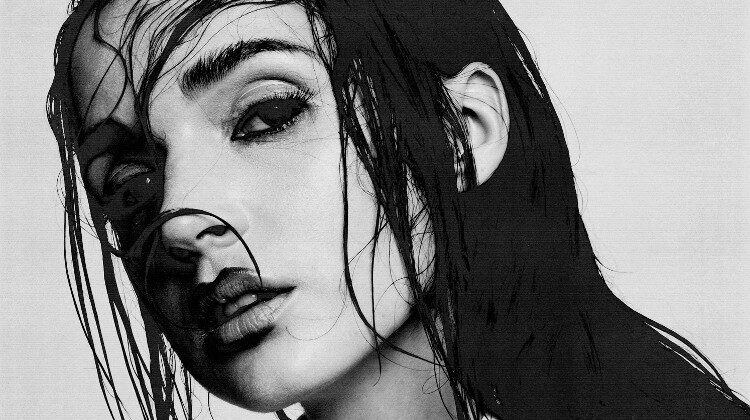 The wild career of internet sensation Poppy continues to flourish in magnificent ways with her fourth studio album, Flux.

Chances are, if you haven’t heard any of Poppy’s music up to this point, you’ve probably either seen one of her YouTube videos or at least heard of her. Several years ago, she blew up on the internet after posting a series of strange videos that featured her doing bizarre things in front of the camera, all without blinking.

Her behavior and mannerisms caused many to be freaked out by her, but it was eventually discovered that it was actually a set of ARG-style videos – in other words, Poppy’s strange videos were just her acting to tell stories in unique ways.

But in subsequent years, she has taken to the music scene, releasing a wide variety of content including her debut studio album Poppy.Computer which was a wonderful bubblegum-pop record filled with off-kilter tunes that I love. Am I a Girl? dared to be something different – it wasn’t just an album with enjoyable music, but it touched on themes such as gender identification.

And while some of her EPs – especially Eat and Choke – are quite remarkable, my favorite body of work from her has to be I Disagree, a thirty-minute heavy-rock/metal album, and one of my favorite albums in the last decade.

So you can probably see why I was so excited to hear her new album Flux, which continues on the hard-rock path that Poppy has been paving so excellently in recent years, and I am ecstatic to report that it’s yet another magnificent album from the illustrious singer.

Kicking things off is the title track which is a wonderful return for Poppy, who on this song shows that in the year she’s taken off since making I Disagree, she hasn’t lost any of that magic. You wouldn’t think that a five-minute heavy-rock/metal song would be catchy, but Flux certainly is, especially during the chorus where Poppy sings “You can’t oppose it / That’s just how it goes, yeah / You gotta flux and flow with it”, all while accompanied by a steady drumbeat and a mean guitar-shredding away in the background.

And that energy is continued right on through with Lessen the Damage, which opens up with a feisty guitar and rapid drum solo before Poppy comes in singing “When you crossed me / Didn’t know what you had done / A chain reaction happened / And it’s too late to run”.

As an album, Flux flows marvellously well. The transition from the aforementioned Lessen the Damage to the more pop-inspired So Mean – which sort of harkens back to the days of Am I a Girl? – is effortlessly smooth. Even though Poppy is definitely famous, I still get the feeling that

So Mean won’t be a radio hit which is disheartening because, in a perfect world, it would be a total chart crusher.

Hysteria is also a memorable standout from the album which takes a more quiet approach, distinguishing itself from the rest of the album, but even still, the flow and pacing are not lost in the mix. But easily the most sentimental song on the record is As Strange As It Seems which sees Poppy talking about the strange and mysterious, saying “I’m staring at the center of the end of the road / With the softest voice you never heard at all / I’m hanging on the steering wheel of a speeding car / I’ve got no regard for me, for me”.

One of the only flaws I have with Flux is that it didn’t quite reach the insane highs that I Disagree managed to reach. When the title track comes in and then flows shortly after into BLOODMONEY, it’s hard not to get goosebumps all over your arms. I didn’t get the same incredible rush with Flux but I did get goosebumps just the same. It’s just that I Disagree is a few hairs better.

But even still, Flux is an incredible album and showcases that Poppy is so much more than just an internet star that used to make bizarre videos back in the day. She’s an extremely talented singer-songwriter and I can only pray that one day, she will take the music world by storm just as much as she did in the YouTube world.