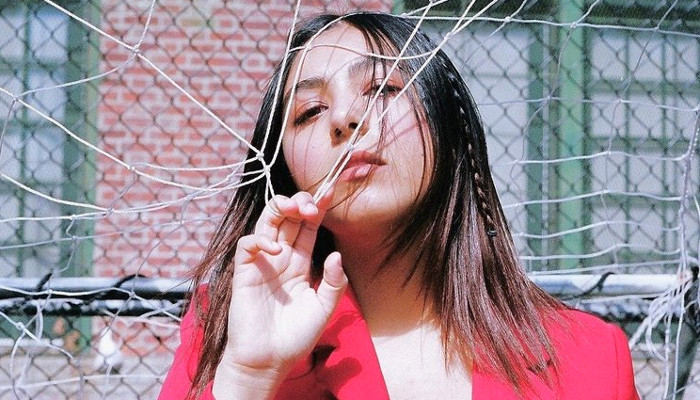 Contemplative punk is a phrase that comes to mind when listening to Pom Pom Squads new EP Ow. The band are perfectly at home ripping up the script with heavy, fuzz-laden guitars as they are with taking a step back and letting lead singer/guitarist Mia Berrin search deep within herself. The ‘quiet grrrl’ movement is a heavy influence throughout, but the band have tailored it to their own will, creating a feeling of a niche within a niche.

Ow (Intro) gently introduces us to the EP’s self-stylised world as subtle, plinking guitar duets with Mia Berrin’s sultry vocals. Reminding a little of Willie Mason’s Where The Humans Eat, other instruments are gradually added as it saunters along in its own little world. Mia sings of being misunderstood and underestimated amongst clever wordplay with real emotion in the vocals: “He says he wants what’s best for me…they all say they want what’s best for me but they never try to be the best for me” 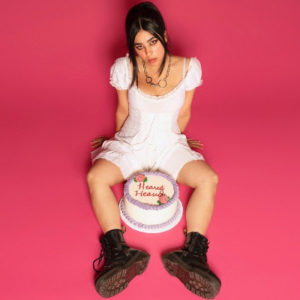 If Ow (Intro) gently leads you into the record, Heavy Heavy is there to shake your bones and rattle your core. With a gentle build-up that gradually gets more boisterous, we’re lead into heavy, distorted guitars with Berrin in her element as she shouts: “Telling everyone I’m heavy heavy, does it mean I wanna Fucking die?”. It’s a clever track that brings up the importance of being honest with your feelings and being allowed to vent and come through the pain on the other side. The unfiltered live sound and powerful guitars give it an awesome strength that takes over the mind and leaves you wanting more.

The great thing about Pom Pom Squad is their ease at performing both the loud and the composed in perfect equilibrium. Honeysuckle plays this quality to perfection as it seamlessly switches from the sultry and downtrodden to brash and fuzzy guitar at the drop of a hat. Mia once again cleans her dirty laundry amongst coming-of-age lyrics and a tongue in cheek zest: “If I’m nothing without you am I anything at all?”. Cherry Blossom builds on this idea amongst more sedate surroundings in a stipped back atmosphere that allows the singer’s vocals to show their strength and clarity.

Again has more of a tainted love story element to it as guitars slowly swell and morph into a hypnotic think piece of layered emotion, whereas Cut My Hair features an addictive lead up before exploding into more fuzz-laden emotion and honesty that’s hard not to find solace and understanding in. The EP ends in a fitting way with a short and heady mix of strings closing off and leading us back to reality.

Pom Pom Squad have really hit the nail on the head with Ow. It’s a perfect mix of honest and powerful lyrics set against a constantly shifting ambience. Fuzz-laden brashness works in unison with quieter sections that are tied together nicely with thoughtful and contemplative lyrics. The ‘Quiet Grrrl’ movement is perfectly tailored for Mia and the band and they’ve taken the genre by the horns and made it their own.