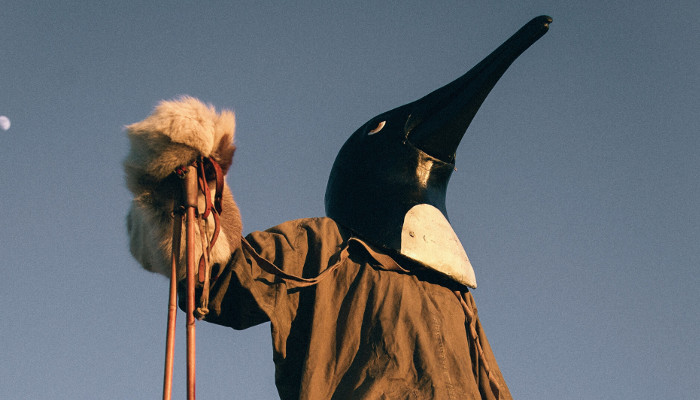 Penguin Cafe has recently announced the follow up to 2017s album The Imperfect Sea which is set to be released on October 4th 2019 through Erased Tapes. Penguin Cafe was founded in 2009 by Arthur Jeffes, bringing together a group of musicians that featured members from Suede, Razorlight and Gorillaz to name a few. Their last release, the Imperfect Sea, featured a collection of dance records recorded on real instruments, managing to blend and mix genres to create something unique and powerful.

New record Handfuls of Night builds on where the last record left off, this time focusing on Arthur Jeffes journey following in the footsteps of legendary Captain Scott around the Antarctic where he mixed with the Penguin population that reside there.

Bringing in violins, cello, bass, percussion and synthesisers to name just a few, Handfuls of Night is shaping up to be of epic proportions. The record started to take form after Greenpeace commissioned Jeffes to write four pieces of music around four breeds of penguins. This led to Jeffes planning a whole anthropomorphised world based around these concepts, that was also influenced by his 2005 trip recreating Scott’s last Antarctic trip in 1911 for the BBC.

To get a taste of what the new album could sound like, take a listen to At the Top of the Hill, They Stood…here. Feeling like an ambient Pink Floyd, the track tos and fros through different ideas and visions all brought home by a strong piano base that ties everything together.

Penguin Cafe will also be taking to the road on a UK tour from September 2019. Check out the dates below and visit the Penguin Cafe website for more details and tickets: