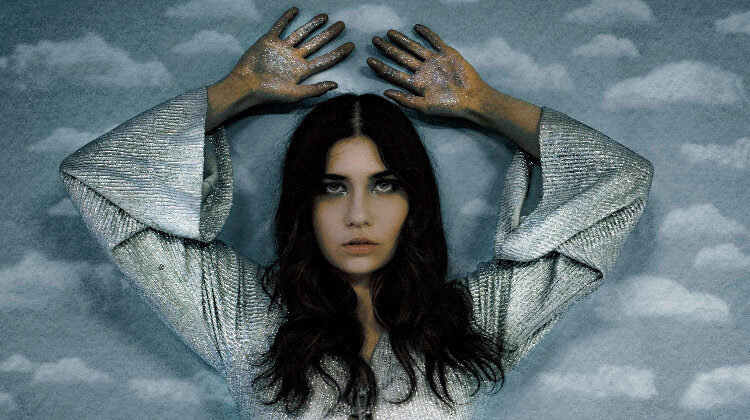 Pearl Charles is one of those artists that’s always honest and upfront in her music. It really shows on new album Magic Mirror as she flits between county pop loveliness over to beguiled disco-laden sparkle in a wonderland that she’s created all for herself.

Starting off with Only For Tonight, we’re thrown straight into glittery 70s pop territory as a shimmering and beat-driven atmosphere plays on a disco theme with hints of ABBA strewn throughout. Charles’ vocals add that wholesome warmth that helps hold the track together as it dives into well-versed melodies and a distinctively catchy chorus. Previous single What I Need follows, a more stripped-back affair that uses the lyrics in a more succinct way with vocals more prominent and poignant. The country-folk rhythms sit over a story of deciding to stay or leave a comfortable relationship with all the heartache and sorry you’d expect from the situation distilled throughout the music.

It’s not all heartache and sorrow in the album, however; in fact, you could very easily call it a feel-good record. The music allows you to peek into Pearl Charles’ world with snippets of her life displayed throughout. Album-titled track Magic Mirror is a gently caressing builder with the singer’s vocals feeling perfectly at home against warm piano, and although it might sound like a downtrodden story at first, it evolves into bright messages of taking life by the scruff of the neck and finding your way forward. All the Way has a bouncy energy and guile about it that you can’t help be sucked in by whereas fan favourite Take Your Time is mesmerisingly pretty as it subtly comes out of its shell and builds to its ethereal conclusion.

Charles has a real talent for finding beats and rhythms which others would miss, and this becomes very clear in the closing two tracks.  Sweet Sunshine Wine is full of warm and fuzzy pop-rock loveliness that feels as though it has been in your life forever, whereas album closer As Long As You’re Man has 70s soul and dexterity in bucketloads that’s pulled together amongst Pearl’s sweet and sultry vocals.

Magic Mirror is testament to an artist that knows who she is, knows where she wants to be and is grabbing the bull by both horns. You can hear the confidence in both the music and the vocals in a polished album that leans on 70s pop mechanics but brings Pearl Charles’ own sense of wonder and passion to every track. A playful and complete album that deserves to be heard.