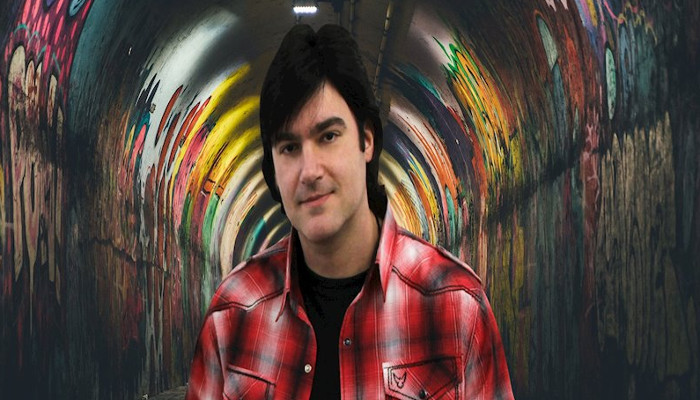 Paul Maged releases new EP Fight To The Death featuring an eclectic mix of genres and ideas that manage to hit home hard.

Having previously reviewed Paul Maged’s single The Resistance, which also appears on this EP, I thought I knew what to expect from it. I was wrong. Yes, heavy riffs and anger-laden instances to make appearances on Fight To The Death, but this is not the ‘be all and end all’ of the EP. Paul Maged has also managed to layer in some pretty melodies, different genres and interesting ideas throughout, making for an eclectic mix of songs.

EP-titled track Fight To The Death opens up with a heavy riff before Paul Maged shouts “Let’s Go!” and the track really starts. Melody and guitars remind of alt-rockers Queens Of The Stone Age as Maged uses sonic guitar riffs to drive the track forwards amongst lyrics of anger, pain and overcoming them: “Gotta vision that you just can’t believe, you’ve got the demons that you’re trying to free”. 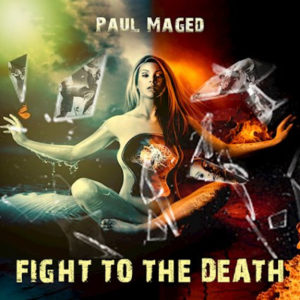 Life Goes By takes a lighter tone with a more ‘Californian West Coast’ guitar sound and subtle hints of Red Hot Chili Peppers. This is set out amongst strong rhythms, worldly contemplation and a generally upbeat feel as Maged tests the limits of his vocal tones in a pleasing way. But, before you know it we’re back on that darker side with track Nightstalker and its strength in subtlety being fully realised amongst heavy guitar riffs and vivid lyrics.

The hard/soft method of song placement continues as the piano-led Off The Distance enters ballad territory as Maged stretches his vocal cords once more around big sounds and just as big ideas. We’re then hit with previously released protest track The Resistance and its dark connotations about the current state of American politics. This is all wrapped up nicely by the short and sweet outro of Illusions Gone By which goes a bit off-key with a psychedelic spoken-word section before fading out to dance drum beats. Strange, but somehow satisfying.

Fight To The Death is an interesting mix of ideas and sounds, and feels as if Paul Maged is just spilling his thoughts onto the page. Ranging from Metal to surf music, psychedelia to protest songs, anything is up for grabs and the artist goes for it with both hands. An EP like this is the perfect place to try out new ideas and it will be interesting to see which way the singer goes on a full album.