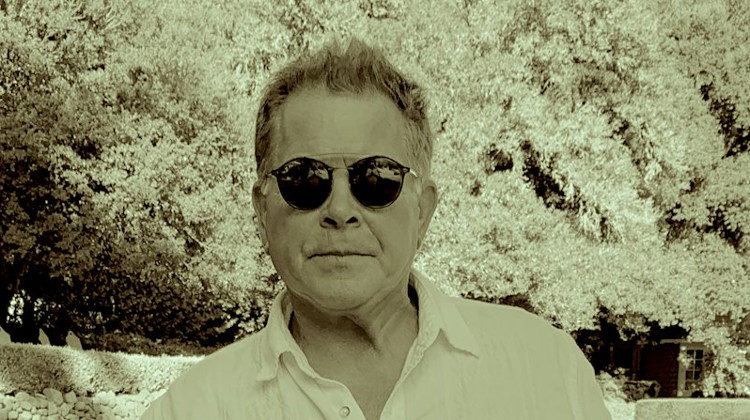 Patrick Ames returns with new EP Liveness, leaning on a spate of ideas amidst a stripped back and live-feeling sound.

Californian Singer-Songwriter Patrick Ames is not one for settling into one groove for very long. Like many artists, Ames finds solace in trying new ideas and trialling differing styles, which is exactly where we see him on new EP, Liveness. Often built around vocals and guitar, the tracks convey an energy of live performance that manages to mix in different ideas and genres to test where the songs can go to next.

Bang Bang Bang starts off the EP in a soulful, bluesy fashion as a steady drumbeat is layered with tempestuous acoustic guitar before Ames’ vocals are gently added. The lyrics throw you right into a political message praying for an end to gun violence: ”Guns kill more than whomever they can teach, schools aren’t supposed to make students believe.” It’s an opening with messages that hit you over the head like a freight train, working well against the slow and steady rhythm and subtle backing vocals.

I Want You is a Bossa Nova remix from his previous EP, All I Do Is Bleed. It’s raw and indirect atmosphere could be due to the music being an mp3 file that was sent to him by Paulo Augustine which Ames decided to sing over to create this track. It might not have all the heart, soul and stripped back vibe of the original track, but it does have an eclectic and addictive tone that feels a little more haunting. Just Before We Said I Do then changes things up again with more of a Tango feel as the sultry sound and gently caressing bass build into something like a Southern drama unfolding before your ears.

With the amount of different styles flying around on the EP, sometimes the tracks find it hard to settle down into an underlying rhythm, but that doesn’t mean there aren’t some inventive ideas throughout. Slow Dancing is based around a unique idea of parents slow dancing, and you can almost imagine a little kid watching his parents hold each other as the music gently sways too and fro with some hauntingly beautiful backing vocals. Suspicions then calls back to Dylan/Cash comparisons that were more apparent on Ames’ previous EP, as his weathered vocals croon over acoustic guitar that at first weeps but gradually comes out of its shell to provide a solid track that revels in its own tranquillity. The EP ends on another remix of previous song Want To Believe. It almost comes full-circle here as Ames once again uses a bluesy-soulful sound that we entered into the EP with, but this time the social commentary is based around the soullessness of technology.

Liveness is an EP full of ideas that, at times, can struggle to feel like a coherent whole. Despite this, the EP has some really bright sections that hopefully Ames can build on and draw from to make his next full-length. Some artists use an EP to try out new things and throw around sounds that they might not have tried before, and that’s exactly what it seems Ames is doing here, stretching his mind and letting us all in for the ride. The raw guitar and live sound do create a strong, passion-filled sound at times, even when everything is so stripped back and subtle.