Home » articles » EP Review: Patrick Ames – All I Do Is Bleed 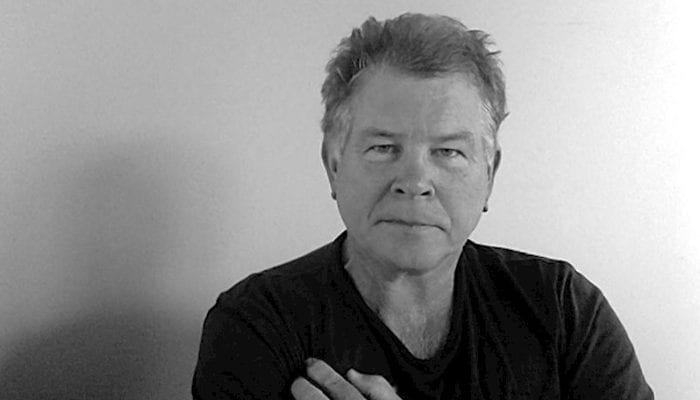 Patrick Ames releases new EP All I Do Is Bleed, managing to create a hauntingly beautiful atmosphere throughout the four tracks.

Ames has been in the music industry for a long time. Now in his early 60s, the artist has returned to songwriting with new EP All I Do Is Bleed, bringing with him Chana and Mikalia Matthews to help out on vocals and Paulo Augistin Rzeszut to thicken out the guitar. This has allowed Ames to really concentrate on the ambiance of the EP and use Latin, pop and classical roots against a distinct soul-stirring nature to bring the tracks together as one.

I Want You opens to eerie beginnings whilst leading into Ames’ well-refined skill at linking words together with dexterity. Feeling like a cross between late Johnny Cash and Bob Dylan, the scowl in the vocals and heartbreak in the lyrics lend perfectly to the contempt in the track: “I said what I mean and mean what I see when you said you were free but all I do is bleed…I want you”. The song continues to build as backing vocals and drums sneak in and add to the melody in the chorus. It’s a hauntingly beautiful track that discusses cravings of the soul amidst strong lyrical content. 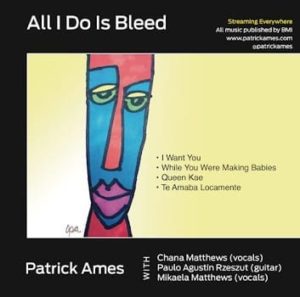 Queen Kae could be described as a classical crossover with great use of harmonies and rhythms speaking directly to the listener. Written for his mother, Ames builds the track through the use of choir-like beginnings and lays this against a Latin guitar rhythm. This eventually leads to a swathe of sound that is irresistibly confounded. It was a good idea to ditch the words for this track as this would have diluted the hypnotizing and captivating atmosphere that makes the track stand out.

While You Were Making Babies brightens up the EP with a far more upbeat rhythm, even if the lyrics reveal Ames’ regrets and solitude. Based around a missed chance of having a family, Ames once again shows his skill at manipulating words against changing rhythms without over-cooking the details. The EP then finishes with Te Amba Locamente. Written entirely in Spanish, the track allows vocalist Mikalia Matthews and Ames to duet, giving off a different vibe for the last track on the record. It’s slow and steady build-up feels lucid but demanding and really finishes the EP off nicely.

All I do Is Bleed is a heartfelt effort that has perfectly weighted tracks and wonderful lyrical content. Ames knows when to step back and let the music speak for itself, with the EP’s overall haunting nature cleverly heightened by sparingly used instrumentation. This doesn’t lead to an empty feeling, but a cosy atmosphere that really draws the listener in. Ames has managed to create an immense amount of feelings over four tracks, and its a strong effort that sees the artist at the top of his game.