Home » articles » Patricia Lalor: This Is How We Connect, While You Stand So Tall – EP Review 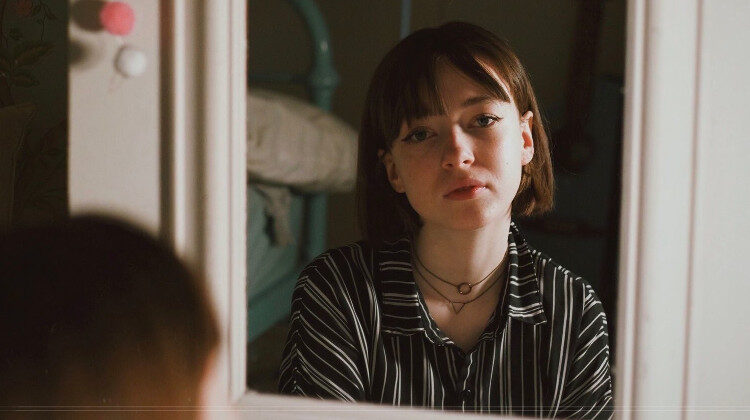 Patricia Lalor creates subtle lo-fi alt pop soundscapes on the moving EP, This is How We Connect, While You Stand So Tall.

Patricia Lalor may be young, but her emotional maturity and songwriting skills are there for all to see. The 15-year-old has already released two well-received EP’s and the third, This is How We Connect, While You Stand So Tall, offers more lo-fi alt-pop musings tailored into a downbeat atmosphere against delightful twists.

This Man Thought He Saved Me opens the EP as guitars are draped against hypnotic synths and a pacey drum beat holding everything together. You’re straight away mesmerised by Lalor’s maturity in vocal work, completely confident with her ‘quiet grrrl’ style against the hazy, lofi atmosphere. Calling out people who don’t act upon doing the right thing, the singer seems to have her head on straight and thinking of the future, which the young of today must do.

To Cope follows, emitting a trance-laden solemn sound as vocals become more smokey and the atmosphere feels more sinister. The bleak sound seems as though the singer has a heavy heart for her age, showing an emotional intelligence most of us only acquire later in life. The beats are accompanied by intermittent synths that too and fro against multi-layered vocals, building a pleasing structure that gradually fades away. Same Place Again then relies on a more indie-folk sound with the guitar providing the main rhythm and Lalor’s vocals easily portraying the desolate imagery created: “Surrounded by what isn’t nice at all anymore,  in my head it was so much more”. The track does grow but at times could do with a raise in energy when the chorus hits to really bring it out of its shell.

Felt Something Finally ends the EP in a strong way as down-tempo synths play delightfully against the fuzzy, thunderstorm in the background before cutting out to bassy drums, heavily layered vocals, and a disparate but revealing ambiance.

This Is How We Connect, While You Stand So Tall is an EP of an artist building her sound. The atmosphere she creates is solemn and interesting with an undercurrent of angst that bubbles on the surface. At times you are waiting for a release of a little more energy which doesn’t always arrive, but what the album does well is holding the listener’s attention and not allowing them to be released from the hypnotising worlds Lalor creates. An interesting EP which Patricia Lalor will be able to build from.