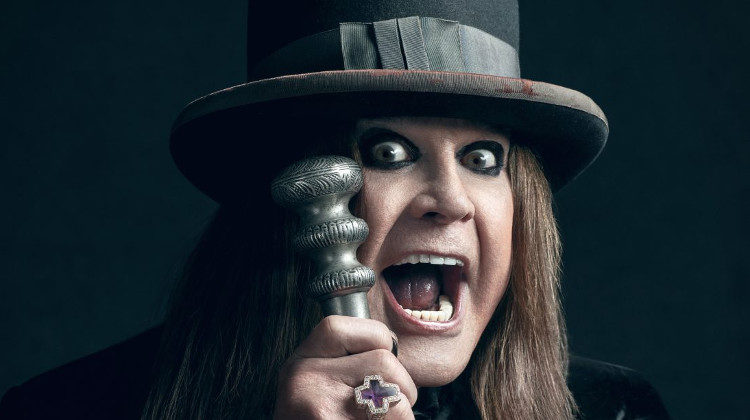 Ozzy Osbourne is an icon, a legend. He has a wicked sense of humour and is still going strong after how many years is it? Lots. Ordinary Man is Ozzy at the top of his game with the years unable to diminish the strength of his voice or his formidable personality.

Straight To Hell has a sexy rolling, thrashing opening with Ozzy giving it his all. With all guns blazing you can hear the famous guitar of the legendary Slash from Guns N’Roses on this track and the quality of Ozzy and Slash together shines through. However, as this song is about the uglier side of drug-taking the words are not quite so sexy: ‘”I’ll make you scream / I’ll make you defecate“.

All my life then continues with a haunting but beautiful I essence. With great bass from Duff McKagan, it manages to create a strong sound. The record’s stand out track for me is the Elton John featuring Ordinary Man. “I was unprepared for fame, then everybody knew my name,” sings Ozzy as he looks back on his life. It really gets the goosebumps going on my skin. There is something incredibly touching and beautiful about this ‘hard as nails’ rock icon bearing his soul to us like this. This has to be the best Ozzy Osbourne song I have ever heard. The track sums up his character: Heavy and hard rocker with a vulnerable fragile side to him. The duet with Elton John with Slash on guitar is amazing. What can I say? This is gorgeous. I love it.

What I really like about this album is it’s unashamedly rock and roll. It’s the kind of big hair tight leather trouser lengthy guitar solo rock that harks back to the eighties. It’s big, it’s over the top, it’s dramatic, and it’s stadium-filling. It makes you feel good to be alive.
I’m so happy to see that despite Ozzy’s recent health scares he is still as awesome and strong in music as ever. Long live rock’s wildest Prince of Darkness.