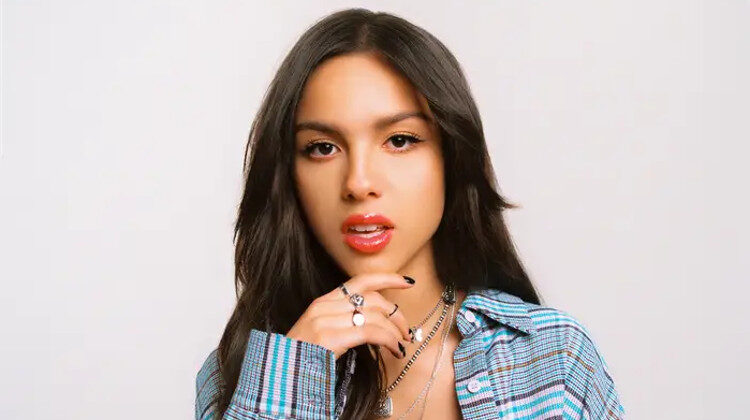 She may still be young, but Olivia Rodrigo has a strong writing talent and vocals to match on debut album, Sour.

To say that singer-songwriter Olivia Rodrigo’s life has changed significantly in the past year would be an extreme understatement, to say the least. The star found success on the Disney+ series High School Musical: The Musical: The Series in the role of Nini Salazar-Roberts, but she didn’t immediately breakthrough into mainstream popularity after this.

Fast-forward to January 2021 and Olivia Rodrigo releases Driver’s License, a break-up song that boasts incredibly mature themes and actually cuts deep unlike a lot of the stuff that we hear on mainstream radio stations. You can feel the pain and emotion in her voice as she sings “You said forever but I drive alone past your street”. Part of the song’s brilliance is how it tells a story about the stages of going through a breakup, and with each passing verse, Rodrigo’s vocals grow more and more fiery and emotional.

Thankfully, this song was not one that music listeners slept on, because it became extremely viral and has essentially become one of the most streamed songs of the year thus far. The music video alone has surpassed over 200 million views and for a debut single, that’s actually kind of incredible.

In the following months, she has released a few new singles such as Deja Vu and Good 4 U, two wonderfully upbeat songs that still manage to talk smartly about breakups, teenage life, and betrayal. Good 4 U is the kind of track that you would swear was made in the early 2000s and included in a teen coming-of-age movie. That’s not an insult or anything. It only goes to show just how talented Rodrigo and producer Dan Nigro are at crafting songs with distinct flair.

But if you thought her singles were good, you aren’t ready to hear just how fantastic of an album Sour is. Right off the bat, Brutal sets the tone of the album with a seemingly innocent instrumental that turns into a pop-rock sound in a matter of seconds. When it comes to lyrical content, this track is definitely one of the best on the entire album. “I’m so insecure I think / That I’ll die before I drink”, Rodrigo says in the opening of the track. It’s a song that allows the listener to briefly step into her shoes and see how she feels as a person deep inside. When Rodrigo says “But I wish I could disappear / Ego crush is so severe / God, it’s brutal out here”, you can feel exactly what’s on her mind. Even if you’ve never met Rodrigo in real life or been in the same situations she has, this track will make you feel like you’re understanding where she’s coming from.

And really, that’s the album’s biggest strength – it takes you into Rodrigo’s mind and once you’re inside, she will show you all about her. Whatever her ups and downs have been, whatever she is dealing with now. The pain of love and the joy of finding new love, but the worry of being hurt again. Some will just brush it off as an album about teenage girl problems, but it is so much more than that. It’s going to be an album that will speak to the hearts of not only young teens out there but anybody that’s dealing with the pain of lost love and the troubles that come with finding yourself.

Now, if you have been following Rodrigo on social media for a while, you probably know that she is a massive fan of Taylor Swift. So it probably meant the world to her that Swift and Jack Antonoff actually jumped on 1 Step Forward, 3 Steps Back to help write the lyrics. Swift and Antonoff are both phenomenal writers, and their excellence shines on this track. “Never doubted myself so much / Like am I pretty, am I fun, boy? / I hate that I give you power over that kind of stuff” is the most powerful lyric on display in an already gripping song.

As Sour jumps from one song to the next, there is never a change of tone that feels jarring or bizarre. The album maybe could have benefited from being a little bit longer, but this thirty-five-minute deep dive into Rodrigo’s trouble is about as great an album her fans could have ever hoped for. Even though Olivia Rodrigo is definitely experiencing some extreme sadness, she still ends the album with Hope Ur Ok, a song that just goes to show that even when dealing with her own problems, Rodrigo’s big heart still shines through. Sour is a wonderfully written album brimming with emotion that’s further propelled by the ache and raw power in Olivia Rodrigo’s vocals. This is a pop album that won’t be forgotten anytime soon.