Home » articles » Nyxem: Behind The Veil Of Light – Review 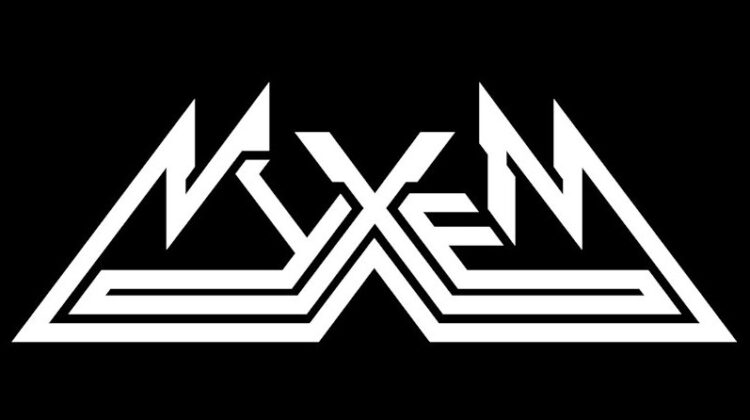 Nyxem, aka Jonah Hontos creates a merging of genres and heavy, synthy sounds in the intriguing record Behind The Veil Of Light.

Solo project of San Diego-based composer Jonah Hontos, Nyxem has developed into an impressive mix of sonic-structures, heavy synth work and genres ranging from metal, prog, and game music. It might sound strange to begin with, but the way they’re used against an overarching energetic front really helps them intertwine. New record Behind The Veil Of Light brings these ideas together in a larger space for the first time, with the composer showing off the power and energy he can create with his electronically-gifted mind.

Ra Is Thy Rising opens and straight away shows off the energy to come amongst impressive guitar sounds created through synths without using the instrument itself. The metal-laden sound is big and bold, but could feel a little more precise than people are used to. You get over this quite quickly however, with a catchy chorus that shows off the driving synths and subtle layers in full. The video-game stylised synths are used almost as a vocal layer to focus upon, with more complicated sections taking you on an electronic mind trip.

With all the excitement of the opener, the pace and energy isn’t dropped with War Engine, instead relying even more heavily on those 8-bit sounds that at times feel as if they could be from a Japanese beat-em-up game from the early 90s. It paces around with an unwavering energy as layers build, ideas swell and synths wail. Above the Abyss draws intro comparisons with TV show Stranger Things before we’re quickly and mercilessly thrown into a heavy-metal sound that boldly bellows forward with strong drum work and 8-bit synths once again growing into the track to create something to hang from.

The main point that stands out from the record is its sheer relentlessness. The only time the tracks tend to take stock of themselves and be a little more contemplative is at the beginning before we’re thrown full pelt into fast-paced ideas and big, brash, battles of sounds. This isn’t necessarily a bad point, it just feels like a breather is needed sometimes. We don’t get a little respite until track Abraxas, which feels like what Muse would do with a more synthy metal sound, leaning on a psychedelic and awe-inspiring mentality but still relying on that fast pace to move forward. The Secret Flame, however, turns the tables back again and we’re pounced upon by speedy synths, manic textures and thrown into the fray at sonic speed.  The album ends with In The Name Of Baphomet which is one of the most beautiful openings on the record; subtle, floating and layered to perfection. This is then annihilated in a purposeful and impressive way before settling down into a powerful and predetermined groove, relying on heavenly synth sounds to hold everything together.

Behind The Veil Of Light is an intriguing and mesmerizing listen that Nyxem brings together with genres and ideas that you wouldn’t expect to work so well. When listening, you can forget how the music is created which is a compliment to the all encompassing sound and strong synth work. It would have been interesting to hear a little more from the lighter side of Hontos’ creativity, because when everything is stripped back and slowed down, there are some really good ideas waiting to be moulded and expanded upon.