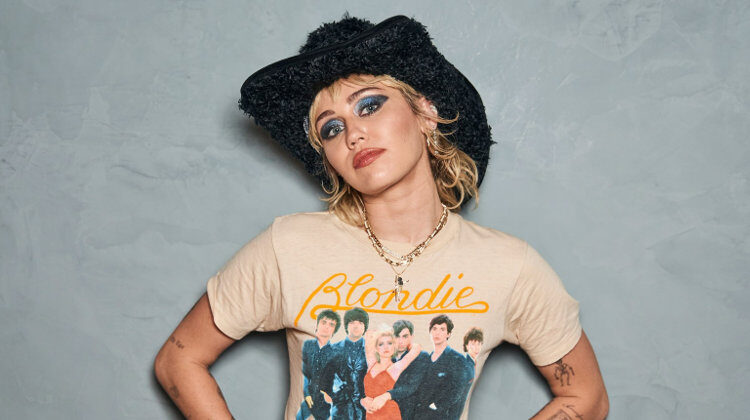 Miley Cyrus melds together the best bits of her own, and other artist’s, past glories with the delightfully eclectic, Plastic Hearts.

The thing with a new Miley Cyrus album is, you never know quite what to expect. This is a good trait in a world where many pop stars play it safe with middle of the road ballads and distinctly average tracks that will probably still do well in the charts. With new album Plastic Hearts, Miley not only deconstructs her own previous records (the country vibe of Younger Now, the pop raucousness Bangerz, and the inventiveness of Dead Petz) but delves into the back catalogue of the 80s for inspiration, often wrapping the sound with a synthy, punky flavour.

Kicking in with the deep and fuzzy bassline of WTF Do I Know, the attitude and swagger are immediately on show as the singer delves into her own past, reminding people of moments that were heavily publicised that shouldn’t even matter: “I’m completely naked but I’m making it fashion, maybe gettin’ married just to cause a distraction”. As heavy guitars lead the chorus forward, Miley gets to stretch her vocal chords against a distinctly 80s pop-rock atmosphere.

And the 80s influences don’t stop there, with a few big named guests of the era bringing an extra sheen to proceedings. Night Crawling features Billy Idol and has the same energy and camaraderie as his own hit, Rebel Yell, amongst perfectly produced synths and a ridiculously catchy chorus. The Dua Lipa featuring Prisoner creates a sensual and settled pop mentality against seedy beats and starry samples. Miley and Dua work perfectly together to bring the track out of its shell with both sets of vocals bringing something special to the atmosphere.

Miley Cyrus has got to be one of the most single-minded and upfront musicians out there, irrelevant of genre, and that’s often what makes this artist so special. Midnight Sky sees the artist belting out “I was born to run, I don’t belong to anyone” which is truly believable, but the track is still a bit of a quandary, perhaps a little too ‘on the nose’ in appreciation of Fleetwood Mac’s Stevie Nicks. Then again, this is completely rectified by featuring a bonus remix of the song which actually samples Stevie herself. It’s still great fun with some of the best vocals on the record, Miley showing off her instantly recognisable tones that make her able to triumph in most genres.

Diving back into a country vibe on High works very well and breaks up the album a little, Miley contrasting the settled melody with a powerful vocal performance that rattles the bones, whereas the Joan Jett featuring Bad Karma brings us right back to that seedy and playful side of Miley we all know and love. The last original track of Golden G String rounds of the record in perfect fashion featuring the most open and honest lyrics on the record amongst synthy, ballady-tones that gently caresses the soul.

Plastic Hearts truly is a culmination of every side of Miley Cyrus. It’s the artist as a punk rockstar, a pop goddess, a country crooner, and an 80s pin-up. The album is a truly mesmerising listen if you just let yourself go and enjoy the great vocals, catchy choruses, and perfectly enlisted collaborations.