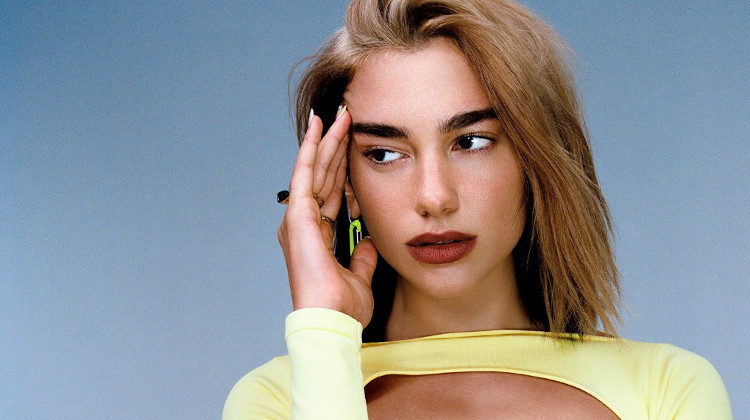 Dua Lipa releases sophomore record Future Nostalgia, taking us back to the future amongst 80s pop rhythms and silky soundscapes.

For Dua Lipa fans it was a welcome surprise that her new album was being bumped up from release in April to the end of March. She explained in tears on an Instagram Live cast that in this current climate “we need to work together to make a change” and felt it was the right decision to take instead of delaying the record in light of amoxil 500mg the recent pandemic. It’s good news too because Futuristic Nostalgia is the kind of uplifting, empowering and forward-thinking music we all need in the world right now, with Dua Lipa’s streamlined disco sensibilities playing a major part in her old but new sound.

Starting with album-titled track Future Nostalgia, we’re immediately hit with Dua Lipa’s two states of mind as 80s throwback pop is set against modern electronic production and synthy sounds. Fun and empowerment is the name of the game here, and Dua Lipa’s vocals drip with sass and confidence as she sings: “I know you ain’t used to a female alpha”. Lead single Don’t Start Now doesn’t need any introduction, already being a global hit with its infectious bassline and tailored breakdowns making it a huge dance floor filler for the masses. It’s the artist in her complete element, drawing on the infectiousness of the beats to allow the vocals to dissect and digest the melodies and rhythms. Physical is where things get really interesting, once again heavily 80s influenced and perhaps borrowing from Bonnie Tyler’s Holding Out for A Hero, but with a message of female strength instead of waiting to be rescued.

As the record continues, Dua Lipa manages to build in more influences as the sound grows bolder, but still with that essence of disco at its heart. Levitating feels as shiny and sleek as a robot dancing to Saturday Night Fever and the pleasure of hearing the singer’s English accent coming through in the speaking parts shows the confidence she has in her own talent. Hallucinate finds its strength in sonic soundscapes and is probably one of the more forward-thinking tracks, using up-to-date production techniques against a glittery, vibrant edge. Love Again’s sampling of Your Woman by White Town once again brings in that nostalgia-tinged twinkle with lyrics of heartbreak and personal growth.

The album ends in empowering fashion with Good in Bed offering up frank and candid talk of sexual exploits against a sunny disposition that’s impossible not to like. Boys Will Be Boys then gets more serious with strings and choir-esqe backing vocals framing poignant lyrics on sexual harassment and how it can affect young women: “It’s second nature to walk home before the sun goes down and put your keys between your knuckles when there’s boys around”. It’s a strong finish to the record and a track that focuses on its important message first and foremost.

Future Nostalgia is a brilliant pop record, perfecting the balance between catchy pop hooks, blended electronic beats and shiny dance belters. At times mesmerizing and others insightful, the disco-tinged sound that’s a constant undercurrent is unleashed in full when necessary to give Dua Lipa the power to drive her vocals forward amongst the strong melodies and tailored soundscapes. Her added maturity gives the record a more rounded sound than her debut making for the best pop record of the year so far.qqqq