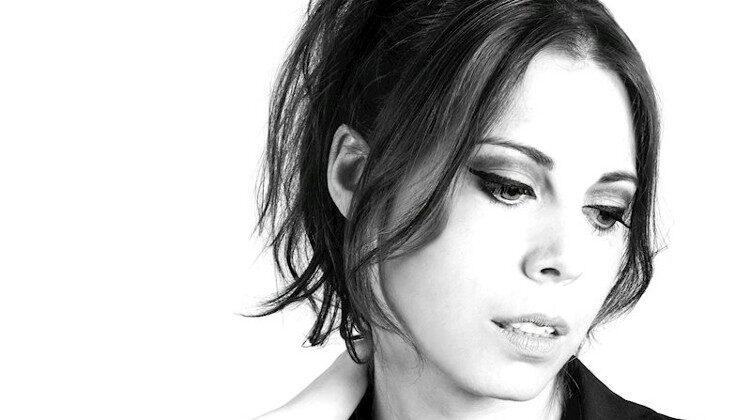 Indie rock/pop songstress Louise Aubrie provides us with a trans-Atlantic affair on her 5th studio album, Antonio. Written in New York, recorded in London, and mastered in Los Angeles, the sound has travelled the world to create a distinct, indie pop and synthy underbelly to the music. With hooky, melodic tracks throughout, the album takes influences from both London and New York to heart in a playful yet considered album.

With a format of four-letter words for each song title, the album starts off with Ours, an energetic, indie-fuelled opener with addictive guitar rhythms and an on-point chorus wrapped in Aubrie’s passionate vocals. This is followed by the equally hard-hitting Bang where guitars really take centre stage, toing and froing between melodies before hitting into a synth-fuelled chorus The Killers would be proud of.

As the album rolls onwards you get a taste of the freshness that develops and the different layers Aubrie continues to discover amongst the overall indie rock sound. Previous single release Last still hits hard with an essence of Morrissey’s solo work whereas Told manages to use piano to good effect in a more sultry number that strides forward in a confident swagger and not afraid to change direction at the drop of a hat. It also features some open and honest lyrics, that Aubrie unleashes with aplomb: “I threw everything at it and everything came out at night, and I told you I loved you”

As you make your way to the deeper cuts, a little more experimentation creeps in, which is nice to round everything off. Hard features some nice musical interplay with a trumpet thrown in for good measure before hitting a rolling drum beat chorus. Dark is perhaps one of the catchier tracks on the record, once again using intermittent synths to bring the track to life when needed, and Aubrie’s vocals are really on form. The record ends on the more pop-influenced Lies, a track that still has a dark edge before coming alive in a chorus that has a playful heart compared to the more intense verses.

Antonio by Louise Aubrie shows an extension of the artist’s personality, all wrapped in a vocal sincerity that is hard to resist. Each track has some sort of catch, whether it’s musically or lyrically to keep the listener interested and the synthy undertones that run through the record highlight Aubrie’s skill at songwriting. A fun and thoughtful album that flows really well.