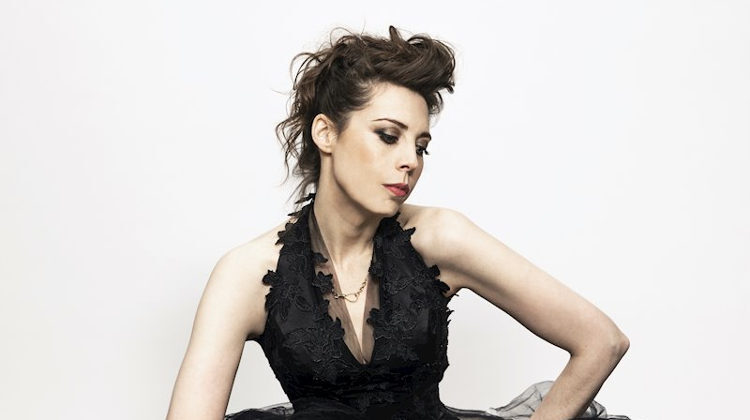 Indie rock/pop songstress Louise Aubrie is on a roll at the moment. Recently announcing the release of her 5th studio album, Antonio, she’s excited to show off the fruits of her labour in a record that was written in New York, recorded in London, and mixed and mastered in Los Angeles. New single Last gives us a taste of what to expect from the record, a soulful indie-pop sound that comes alive just that little bit more with each listen.

Kicking in with settled synths before big drums, inviting guitars, and strings slide in, there’s a district hint of Morrissey’s solo material about it in both style and substance. Aubrie has a similar story-based flow to her lyrics, too, inviting you to relive past memories of regrets and mishappenings: “I really don’t know why I held you close why I told you all that”. Her distinctive vocals playfully glide along the overall indie-rock sound, all leading up to a chorus that hits with aplomb.

And it really is the chorus where the track comes alive. The strings are added back in to give an extra layer of warmth which really helps bring it out of its shell. Vocally, Aubrie almost feels enlightened when the chorus hits, really able to enjoy herself as the track bounces along under its own steam. It’s actually all quite clever; it’s almost as if there are two choruses sat next to each other as it kind of shifts halfway through which actually mixes things up in an interesting way.

We then get thrown into a section that feels even more ‘80s indie’ before strings raise up even more to add an extra essence as the track moves towards its conclusion, Aubrie obviously enjoying every minute.

Last from Louise Aubrie is a highly enjoyable slice of indie rock nostalgia. She wears her influences on her sleeve but is not afraid to go off in her own direction when necessary, which frequently allows the track to breathe and try something different. With elements of pop and a bright and welcoming chorus, Last will be in your head for days.