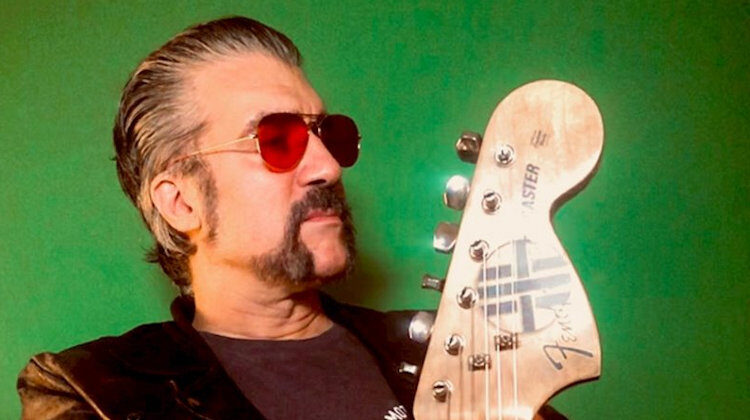 Brooklyn-based psychedelic rock maestro Lord Sonny the Unifier returns with a more contemplative but powerful track in Pay the Man (When You Leave).

With a new album on the way, things are looking up for Lord Sonny the Unifier. Pay the Man (When You Leave) is the second single taken from upcoming EP All New Information, and if this sound is anything to go by, we should be in for a treat when it’s released in November.

Starting off with what sounds like a twisted and dark Hammond Organ against a settled drum beat, this is quickly offset by seedy, whispering vocals and heavy guitars before leading into the main crux of the track. The vocals then come out of their shell and we’re treated to the rollicking rock wails that the artist is known for.

The track is not as rollicking and rock ‘n’ roll as previous tracks such as Final Notice’s Right in Your I, but it doesn’t need to be, the hypnotizing and bending riff feeds into the settled psychedelia which works well against the catchy melodies. The chorus suddenly hits out of nowhere and switches things up with a more traditional structure allowing the track to bring everything together nicely amongst big guitars and bigger vocals.

There’s an almost electronic vibe in subtle breakdown sections where Lord Sonny once again brings in those whispering vocals, providing another layer that fits in well with the psychedelia stylings throughout. These could perhaps be introduced in a more subtle way in order to keep the flow of the track going.

Pay the Man (When You Leave) is a great mix of a rock ‘n’ roll mentality against more settled psychedelia and a catchy chorus. Each part rolls into the next to create a pleasing whole and shows another string to the overarching rock ‘n’ roll sound of Lord Sonny the Unifier.