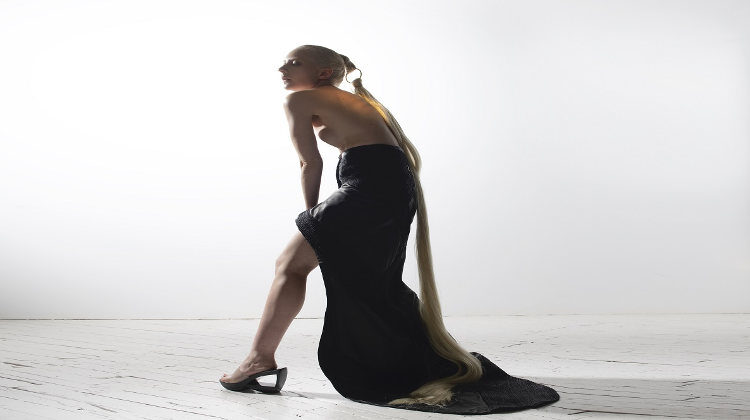 The rise to fame of the New York singer-songwriter Sarah Kinlaw has been unspectacular and steady, encompassing stints as a dancer, visual artist, choreographer and composer as well as a series of bleeding-edge collaborations with Blood Orange, Caroline Polacheck, Dan Deacon and the late purveyor of avant-garde pop, SOPHIE.

Released on the Bayonet imprint, her debut album has been slowly brewing for some time, and the record has clearly benefitted from this extended gestation period. The Tipping Scale is a quintessential, slow-burn 2000’s type of album, concocted in much the same mould as sleeper big–hitters like the opening salvos of Lorde, The XX, FKA Twigs and Billie Eilish. Its beguiling and fully-formed mix of arty vocals, ornate arrangements, subtle soft-pop inflections and airtight production traffics in themes of loss, memory, helplessness and regret; here is a record that aligns her equally with exponents of airy electronica and cracked dream-pop.

Opening cut, The Mechanic, is a brooding and heavy-lidded rumination on attraction that’s underpinned by the programmed percussion of a trip-hop pulse and a chugging guitar; the almost beat-less Home is a nervy, skeletal and chilly torch-ballad boasting muffled atmospherics and shadowy tics worthy of Burial’s murkier dream-memories or Grouper’s foggy death-rattle. The seductive single, ‘Blindspot’, is propelled by a sparse beat and a cluster of humming, minor-key synth arpeggios.

On Oleander, she intones that “This episode is a new memory collection/A tapestry/The lines weave in and through me”; its mood of flux and jittery self-examination typifies an LP which feels both elated and introverted and drifts in a diffuse sequence of patterns, never sublimating itself into a pervasive character. This is grown-up pop for those who don’t like their music to surrender its secrets too easily.