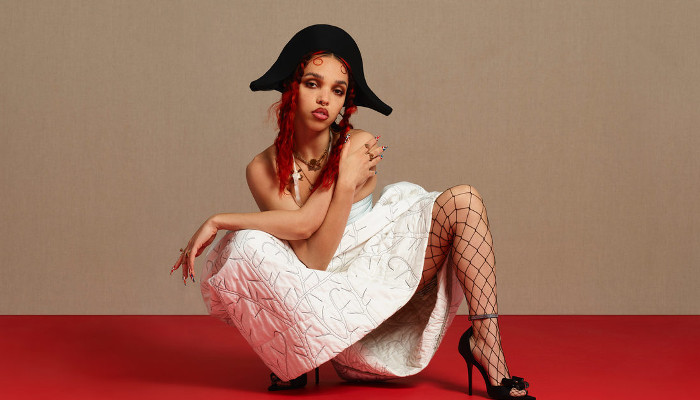 FKA twigs lets it all out on the plucky, odd and undoubtedly frank long-awaited album MAGDELENE, released through Young Turks.

As a rightly heralded, young female musical oddity, FKA twigs had plenty of intrigue from media quarters about her movements and motivations at the time of releasing her 2014 album LP1. Then in 2017, an already fascinated public became aware of her split from the hubristic Robert Pattinson, and it all became a bit of a circus for Taliah Barnett. 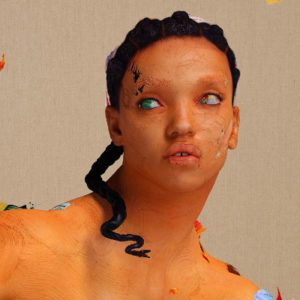 To choose the imagery of Mary Magdalene for her eagerly anticipated comeback has already been met with indifference, perhaps even a sneer – the icon whose image has been contorted and re-conjured countless times throughout history for a myriad of vested aims and interests. There is an interesting link here though, and FKA twigs laces messages of mystique, sexual power and emotion as femininity throughout MAGDELENE. The aim here is clear – to take the contrasting societal expectations of the scorned woman, virtue and extroversion, say, and build a new chapter for one of the UK’s more brilliantly peculiar artists.

On MAGDELENE, the lyrics are more personal, the falsetto lines more heartfelt, the beats slower and more drawn-out than previous twigs offerings. Opener thousand eyes is pop processional chamber music with twigs’ shaking voice floating on wings away from dark timpani drums and deep synths. Not exactly easy listening, but the soundscape she creates sits well with the message of the record – she’s had endless introspection, and now it’s time for recreation.

There are more conventional pop tones on home with you, and holy terrain, twigs’ voice alternately weaponised and crackling through vocoders, and then suddenly unfiltered, sad and bare: “If only you’d told me you were lonely / I’d have been running down the hill / to be home with you”. Title track mary magdalene is carried by shimmering and shuddering strings and chamber harpsichord, whilst twigs recites a prayer, announcing that a woman needs to “..put herself first”…. in three minutes of pious drama.

Oddly, lead single cellophane is placed at the end of MAGDALENE, presumably to finally underscore the production messages of fragility and repair. It’s undoubtedly frank, but also rather repetitive and clunky, and the only moment where production seems to have trumped the artistry. Far better is day bed, with far-eastern chimes and woodblock clicks, sounding like a restorative sunrise, as twigs announces that “…careful are my footsteps…”.

Stirring, odd, and when the religious narrative works, FKA twigs sends a powerful message of recovery on MAGDELENE.