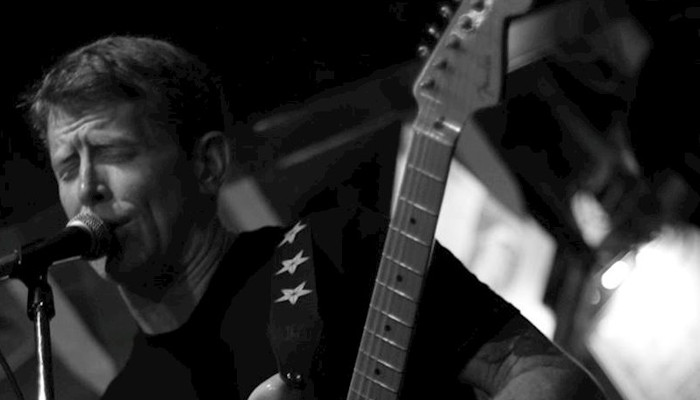 Kevin West returns with his 5th studio record Story Of My Life, using County, Rock and Jazz to breath life into his stories of Americana living.

Kevin West has always been proud to wear his heart on his sleeve. This commendable, and sometimes difficult, ability to write and sing whatever is on your mind is at the forefront of new record Story Of My Life. The artist plays with both slower-paced and attitude-laden tracks, throwing in a myriad of genres from jazz, blues, rock and country to give the songs a real strength in humility.

Best of Mine kicks off the EP with country style rolling drums forming the basis as guitars playfully push the tracks forwards. Keven West’s vocals are as American as apple pie as his happy demeanour is perfectly symbolised in lyrics of living in the real world and life’s ongoing journey: “So I know I’ve got a long way to go, places that I’ve never been, things that I don’t know.” Its addictive melody and structure manages to create the perfect EP opener and allow the listener to settle down for what’s to come.

One Too Many takes a more rock sound against deeper bass and a slower pace to add to its darker tones. West sings of reliance on alcohol, promiscuity and using music as a healing mechanism creating a direct contrast to the EP opener. It’s ground that’s well covered, but West’s sincerity in voice and ability plays out in an interesting way over the track, including a nice Hammond organ solo that breaks it up nicely.

My Only Sunshine plays on that country/Americana vibe once more with sliding guitar, female backing vocals and a story of love and promise. Sweet Innocence uses the same themes but with a more reminiscent vibe. It features some of the most pleasing melodies on the record and often feels like a warm hug.

The EP ends with tracks Story of my Life and Not for Nothin’, both focusing more on a jazz sound but with contrasting attitudes. Jazz and trumpets make appearances in both, but the former is against a slow-burning rhythm and build up, with the latter featuring a faster pace and complexity as the musicians’ showboat in an album closer that’s jaunty, interesting and basically one big jam session. The lack of vocals doesn’t take anything away from the track and creates a nice strong finish to the record.

Story Of My Life is a strong effort from an artist willing to mix well-trodden ground with something a little different. The classic country-esque stories and rhythms are there in places, but this is mixed in with other jazz-laden ideas and rock-style chords that keep the EP interesting. Where Kevin West will focus his efforts on with his next full album is anyone’s guess, but if this EP is anything to go by, whatever he chooses should work out just fine.