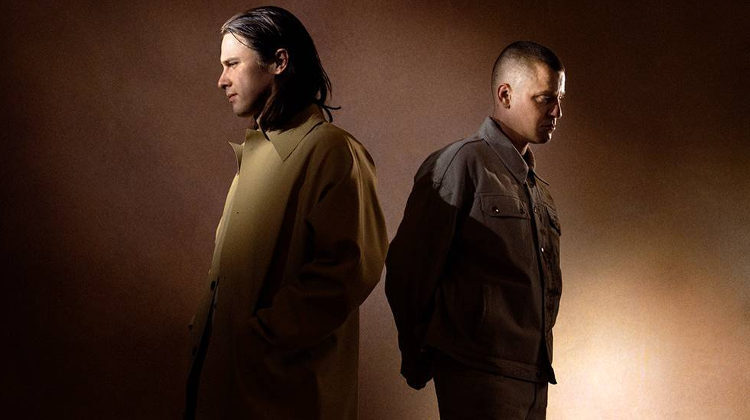 Jungle are reborn with a dynamic synthesis of genres that leave the door open for a world of future possibilities.

Since 2013, Jungle has been notoriously branded as a neo-soul duo, but this may be about to change. After leaving XL Recordings to form their own label, Tom McFarland Joshua Lloyd-Watson possess a newfound freedom that can be felt in their most explorative work to date.

Casting aside the dual heartbreak that inspired their sophomore album, Loving in Stereo is exactly what it says on the tin – pure positivity. There’s a hat tip to For Ever in intro song Dry Your Tears – an echoey, muted symphony with a string arrangement from world-renowned Rosie Danvers and the Wired Strings (think Adele’s Set Fire to the Rain and Coldplay’s Paradise) that effortlessly flows into the record’s lead single Keep Moving.

The two couldn’t be more different and it’s a testament to the duo’s talents that they work so well together. Despite having been written prior to the pandemic, the single feels incredibly current. It bursts with life, and its lilting tones and lyrics imploring us to ‘keep moving’ in spite of our challenges – to even thank them ‘for making me feel stronger’ – is the message of perseverance we all need.

The feel-good factor continues on singles like All of The Time and Talk About It; the former a starry-eyed disco track that feels like a remix of a 70s classic, and the latter a dynamic, hybrid dance hip-hop song, co-produced by UK hotshot Inflo (Little Simz, Michael Kiwanuka and SAULT). Both are dancefloor anthems that are sure to get the crowd up and going when their tour starts in September.

If Jungle had rules prior to this record, they’ve broken every single one. Never before have they collaborated with other vocalists. Yet Tamil-Swiss singer-songwriter Priya Ragu makes an appearance on Goodbye My Love and her soulful sounds add a little something special to the hazy R&B ballad.

Bas absolutely dominates on Romeo, bringing complexity and wit that has oft been missing from Jungle’s lyrics. As the title suggests (taken from I Love You More by Lee Williams & The Cymbals and sampled in the track), the song depicts a tragic romance, but unlike its Shakespearean counterpart, focuses on one’s growth since then – ‘Came a long way I’m a project / Baby this a Rollie not a Timex / She climb me like an ibex and taught me / I came a long way’.

In reference to the record, Watson-Lloyd said that the last 18 months had been a period of spiritual awakening and growth for the both of them, learning to move on from their previous album and all its attachments to compose this third record with confidence.

The influences from other genres just keep coming. No Rules is a perfect example; it’s funk-driven with heavy bass guitar, but infused with space-age, trippy psychedelia and chanting lyrics. There’s even an organ in there. But the following song on the record (Truth) sounds as if it were written by a modern indie-rock band, and Fire, with its distorted vocals that sound as if they’re coming through an old walkie-talkie feels very Gorillaz–esque.

It’s a bold risk from a duo that clearly felt stuck in the same place. Uninhibited and visceral, Loving in Stereo comes across as a beautiful love letter to music. It still feels quintessentially Jungle. But they’ve made it clear that you ‘can’t stop the stars from moving’.