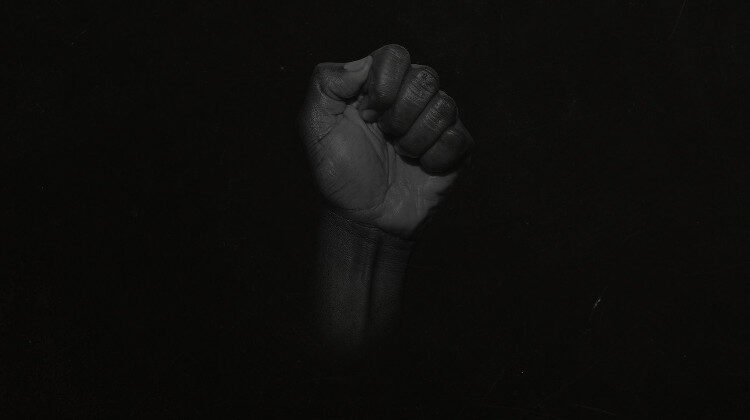 There’s a lot of social commentary happening on the enigmatic SAULT record UNTITLED, an energised and timely opus of sprawling funk, soul, gospel and spoken word that addresses the wave of social change engulfing the world today.

The shadowy trio known as SAULT sprang up from nowhere in 2019 with not one but two album releases, May’s 5 and 7 in September. On both these LPs they channelled the disparate influences of ESG, Can, disco, psychedelia and Afrobeat through a highly distinctive filter of pin-sharp song-writing, earth-rumbling production values and exhilarating rhythms. Their latest, twenty-track outpouring, UNTITLED (Black Is), is an incendiary statement of intent designed to address contemporary issues of systemic racism, oppression and brutality; its robust socio-political fervour is as irresistible as its defiance of genre.

The protest and rage generated by the injustice and inhumanity of George Floyd’s death amongst others in the black community feeds directly into SAULT’s urgent and gripping third opus, an incensed broadside that funnels grief, desolation and exasperation into a skilfully orchestrated journey of struggle, resilience and empowerment.

The British collective – producer Dean ‘Inflo’ Wynton Josiah, vocalist Cleo Sol and rapper/vocalist Kid Sister – manicure their wrath with an easeful sleekness that builds impressively upon the Afro-funk, disco and soul of their first two recordings whilst speaking directly to the issues laid bare by the Black Lives Matter movement.

Embellished by the guest contributions of luminaries such as Michael Kiwanuka (on the electro-gospel protest, Bow) and poet Laurette Josiah (on the ambient Afro-beat of This Generation), UNTITLED takes withering aim at the complacency, privilege and barbarity of white society with an expression of black culture that wriggles free of musical parameters whilst nodding subtly towards signifiers of sonic forebears.

The opening Out the Lies sets out its stall with a playground holler that dissolves into an icy pep-talk about the meaning of blackness. On Wildfires, they confront the poison of police brutality. The singer bursts in like a shrieking car alarm: “You should be ashamed/The bloodshed on your hands…take off your badge, we all know it was murder.” Elsewhere, there are moments of gauzy funk and meditative calm, such as on the instrumental interlude, Only Synth in Church, where a mashed synth wraps itself around a trickle of 80’s keyboards, or the mournful doo-wop of Miracles and the mopey soul of Hold Me.

SAULT deploy spoken word like crackled intermissions from a radio show, whilst balancing crisp instrumentation with eddying electronics and honeyed R’n’B with blistering post-punk funk throwbacks. UNTITLED is both catchy and momentous; it smoulders with intensity and leaves a lingering impression.