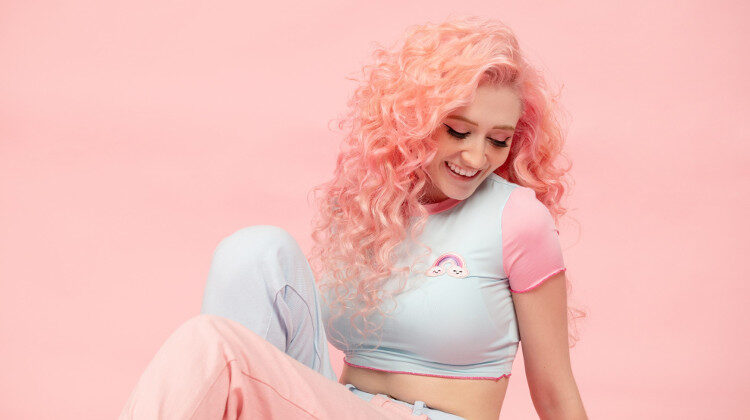 We talk to singer-songwriter Janet Devlin about her life views and philosophies, keeping in touch with her online community, and her new EP, It’s Not That Deep.

Since we last spoke to Janet Devlin in May 2020, the singer-songwriter has been busy working on many different projects. The lockdowns of the last two years allowed a longer promotion period for her studio album Confessional and her accompanying book. Throughout this time, she has recorded new music, made a documentary on alcoholism in Northern Ireland among young women and gone on tour; whilst maintaining a schedule of online concerts and increasing her social media presence on TikTok.

The title of her latest EP, It’s Not That Deep, holds great importance for Janet. While her last album Confessional was a very serious release, laden with metaphors and meaning, It’s Not That Deep is carefree and whimsical. Assembling the tracklist took under five minutes and many of the choices were driven by personal motivations as Janet goes on to explain. “That’s honestly the moral of the story: it’s not that deep! I just wanted to make it. Everything [on the release] was just because I wanted to”.

Even with this more liberal approach, there is a recurring theme across the EP of establishing roots and personal growth. After the dark and dreary tone of Confessional, Janet was keen to show people she is doing well and coping with any obstacles. “I wanted to show people that I’m fine!” she says. “I’m good! I’m living my best life”.

Although this release is not meant to be “that deep”, it’s hard not to draw meaning from the choice to re-record Your Song over 10 years after Janet’s first X Factor audition. She admits that she felt a great deal of pressure recording it again, as “People have this moment in time encapsulated in their brain. You’re living up the expectation of your younger self”.

Despite this, Janet maintains that she wants listeners to not place too much meaning on this re-recording, admitting that she feels that the audition was more of a moment than it was a technically good performance. The EP title also acted as reassurance, as Janet combatted any doubts and nerves by reassuring herself: “It’s not that deep, you’re just singing the song. Enjoy the song, you love the song”.

One thing that stands out on the record is Janet’s ability to make covers of songs her own – something she has been doing since the very start of her career. Kiss was a favourite song growing up, meaning she wanted to put her own spin on it (although her manager was not initially on board with the idea of a subdued and intimate version of this pop classic!) “It’s the perfect getting ready for a date song,” says Janet. “I went to the studio and decided to do an arrangement of it. I wanted it to sound like a hipster’s first dance for a wedding!”.

Conversely, stripping back the catchy pop production to focus on the lyrics of Ed Sheeran’s Bad Habits caused Janet to wonder “Is Ed Sheeran okay?”, as they resembled her experiences of alcoholism. “I feel like [the lyrics] represent a part of me. It’s exactly how you feel as an addict”.

Janet often tests her covers in her online gigs, which she has been doing twice a month for 8 years. Although she is looking forward to more of a balance of online and in-person gigs, she notes that she feels comfortable sharing her most intimate feelings on social media as she goes on to explain. “I don’t have to hide either musically or online. I feel very comfortable oversharing in both!”.

While many artists find social media to be burdensome, Janet has found it to be a great space in which to have fun and show her humorous side (although she admits she should use it more for music promotion!). Whatever the future holds, 2022 looks to be an exciting year for Janet Devlin, with the release of her documentary early in the year. Alongside this, the first couple of months of 2022 will be dedicated to putting her head down and writing her upcoming country album, with potential recording trips to Nashville.