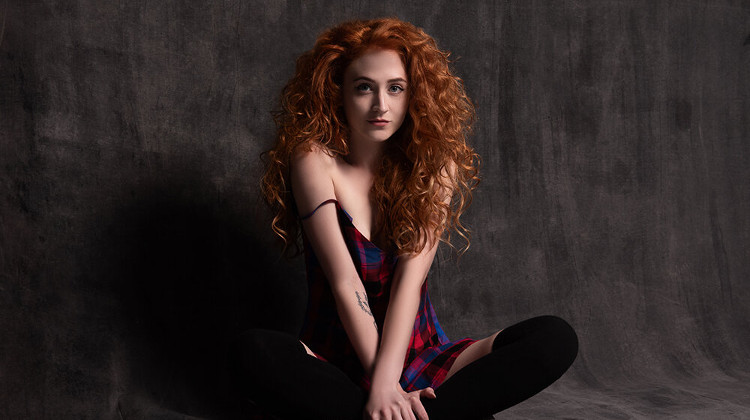 With the impending release of new album Confessional, we speak to Janet Devlin about her life, mental health issues, and how this all plays an important part in her music.

“When I look back, people didn’t know the pain I was going through. I was really suffering. It wasn’t because of the show… my mental suffering started way before that.”

Janet Devlin was a contestant on the X-Factor almost ten years ago now. Since then she’s been through a lot. And I mean a lot. Now 25, the Northern Irish singer ponders the last decade of her life that has seen her come to terms with her mental illnesses, release a plethora of folky pop music, and grown into the more settled and self-assured person she is today.

It’s only in recent years her fans have realised the hardships the singer had been through, mostly thanks to her Youtube channel. On the platform, Janet is brutally honest about her problems, discussing difficult topics such as her anorexia, self-harm, and alcoholism. “What I realised about Youtube was that some people go on there to be successful. My view on it was I wanted to film my life and be open about my life.” Unlike many people, Janet is completely herself online: no filters, no fakeness, just pure honesty. That’s what draws people to her and that’s why she has half a million followers on the platform: “I don’t have the time to try and be somebody else. That would be too exhausting. There are times where I’m able to turn around to fans on a live stream and say “I’m miserable as hell… what’s the craic!” I tried it recently as well with the app TikTok. It wasn’t really going that well and then lockdown happened. I then just decided to post things that I wanted to post, things I didn’t think anybody would watch. Within the space of a month, I was getting four and a half million views. It’s crazy. I definitely think it rings true that when you’re being yourself you can be more successful than when you’re trying to be someone else.”

Like with many, the lockdown has also been hard on Janet. She appreciates what people with mental health issues must be going through having been through so much herself. “At first, it was my introverted wet dream! What do you mean, I get to stay indoors and not talk to people?! But then I charged my introverted batteries and then the backup batteries, and then I got to the stage where – I can’t believe I’m saying this – but I want to go outside! I’m definitely struggling. For me, I have quite a lot of issues, alcoholism being one of my main ones and so times like this are really hard. More so for me because a lot of people do their drinking in bars whereas I did all my drinking in my room, so this is a weird time. But luckily there are online meetings and all that kind of stuff so I try to attend as many as I can.”

At one point in the early days, the singer was living on about £25 a week. This led her to try out new ideas such as online gigs. These might be all the rage now because of lockdown, but Janet has actually been doing them for around six years. “I was in a very dark place, emotionally. I needed to find a way to make money. My manager had just hired a new guy who said: “Have you thought about doing these online gigs?” I’d done live streams before but never thought about doing an online gig. So I did. The financial benefits don’t come for some time but it was still a step up from 25 quid! It was the people online that literally kept a roof over my head and food in my stomach for years. I love the fact there are people on there I’ve known since the first online show. It’s a lovely community of people, a real highlight. Again, it’s about being yourself and having a catchup with these people and singing some songs. I like that there’s no pressure. I could turn up in a pair of jogging bottoms and nobody knows!”

So, through her online accounts, her music, and, as Janet states herself, lots and lots of therapy, everything is looking up for the singer. On June 5th she releases new album, Confessional, and also a book to accompany the record. They both follow a chronological order of the singer’s life so far and all the hardships she’s gone through to get to where she is today. “For a time it was kind of like I was leading this double life. I was open and honest about quite a few of my mental health issues but I never really went down into the nitty-gritty. For both the book and record I just highlighted some of the negatives and positives. The positives usually come later, just like my life. It goes through a lot of issues, but the nice thing about it is that I always come out the other side. I put myself through all this pain just to emerge like a phoenix.”

Although the book delves very honestly and matter-of-factly into Janet’s trials and tribulations, the album does this in a more subtle way. Cinema Screen, for example, is a catchy, jaunty song that sounds like a breakup track, but really it’s about Janet’s eating disorder. “When I had an eating disorder I personified it almost into a person. I was trying to express the pain you have with breaking up with this disorder. A lot of the time these things we go through are really hard and really crushing. So when you’re trying to break up with something you rely on and confide in, it’s very hard. It’s like an abusive relationship. That’s what I wanted to convey in Cinema Screen. The meaning of track Saint of the Sinners also went over most people’s heads being about self-harm. I want people to be able to listen to the record and enjoy it and still be able to put their own interpretations on it.”

The record also draws from Catholicism with talk of confession, saints and sinners, and forgiveness littered throughout. Having grown up very Catholic, this is something Janet can identify with as she draws comparisons to the therapy that’s helped her realign her life. “One of the things I love about religion, in general, is the language. I even made a massive dictionary of words from Catholicism that I liked and wanted to include on the record. Confession is interesting. It’s been proven through the ages that if you confess to someone, the fact that you’ve admitted it yourself and to another person is a good way to move forward. And more than likely it helps you to not do the same thing again. That’s what I wanted to do with this record, I wanted to get these things off my chest so I could move forward. Just like therapy it comes down to the whole talking about things and being open and honest. I very much like to live my life that way. It sometimes scares a lot of people away, but that’s ok!”

The record feels like a real turning point for Janet Devlin, allowing the singer to get everything out in the open, both metaphorically and physically: “I’m very excited for people to hear it. I’m also afraid for when it’s something like two days after the record’s been out and people have got their books… that’s going to be a weird time. People are going to have a lot of questions! But I’m so excited about the feeling of freedom. To finally know that it’s out there… that’s going to be a lovely feeling.”

Janet Devlin releases new album ‘Confessional’ and accompanying book ‘My Confessional’ on June 5th 2020. Both are available from the official Janet Devlin website and online music stores and outlets.