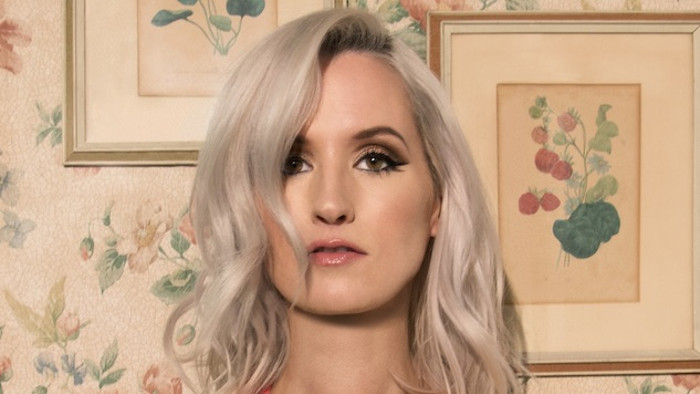 Journey into the nether and experience the contemporary synergy of fluid voice and retro style of Stranger Things in this new concept album release from Ingrid Michaelson.

The timely launch of the Stranger Songs album to co-inside with the Netflix series 3 Stranger Things release, stages the relevance and basis of the concept and content of the album.  From the subtle undertones in each track to the relationship between lyrics and themes, the impressions underpinning the TV show are brought to life in the contemporary topics that Ingrid Michaelson has developed.

The artist has impressively made a transition from her earlier singer-songwriting and yet successful albums such as Slow and Rain released in 2005 through Human Again in 2012 and another four albums, giving seven in total. In this training ground in the search for self, voice and style, it is fair to say that the coming of age analogy is clearly at play for the artist.  Equally, as a lyricist and learning the craft of placing a quality narrative in the tracks of Stranger Songs, elements can be heard throughout the back catalogue. 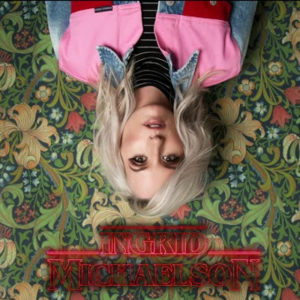 In places, there is an exquisite scan and flow in the defined syncopation between the track, lyric and vocal. The harmony and balance has been skilfully developed in production giving a created universality in tracks such as; Missing You; Jealous and Freak Show as stand out features of the album. A Vinyl Chapters single review of Missing You earlier this year can be viewed here.

The production, collaboration and arrangement has taken the segments of pop and elevated each to align with the premise of the album. The one more obvious Little Mix styled track Young and in Love, does not quite sit comfortably with the rest of the album, but is commercially ‘tween’. As a feature this impacts on the majority of the more intelligent entries on the album that works as a precursor to a potential genre and industry shift.  The stronger sequences are found in the use of Héloïse Letissier of Christine and the Queens, staccato-type vocal prominence of key phrases in Freak Show, Missing You and Take Me Home. The album artwork and design is complimentary and assimilated using font and iconography to relate and link.

Instrumentally, echo and reverb instil a darker, retro sound to offer harmonic chords and notes that influence the enigmatics of a crystal clear and exceptional vocal.  There is a Christina Perri quality to the vocal delivery that is isolated beautifully in the instrumental breaks to allow the depth and tone to surface. The composition of the tracks has been built to exploit the vocal range and emphasise the lightness within the darker electronic moments that have been constructed to offer the dynamic. The condensed electro-snare, clap and finger click works as overt percussion have been used perfectly to create memorable beats.  Jealous is a good example of this use of instrumentation to provide significant yet subtle interplay between vocal and melody. Pop electronica with an 80’s flavour that is delicate and textured to elicit ambience.

There is a truth and reality to the album that is explicitly today; this is a relevant and thematic modernist production that is akin to genre without the obvious twee-ness that pop can rely upon and is open to critique for. The tracks are not merely a repeated verse-chorus output; there is progressive and intentional lyricism that eloquently expresses a developing complexity in the songs.  There is, therefore, some added depth in the lyrics and arrangement within the use of inclusive contemporary language that promotes the nature of diversity in 2019. This component is impressive and will strike a chord with the listener, successfully delivered adding dimension and adjusting some of the stereotypical norms that have fuelled the genre for years.

The album, notably, has Eleven tracks as another final reference to the popular TV show and illustrates that every element of the album has been considered and delivered to appeal and respond to a broader audience than the norm. As an album, this is impressive, intelligent and stylised work from Ingrid Michaelson and from an artist development standpoint will serve well in the market. With many stand-out features along with some existing and complimentary pop genre specific moments that this album retains, it is prone to do very well over the coming months; ‘Stranger Things’ have happened!