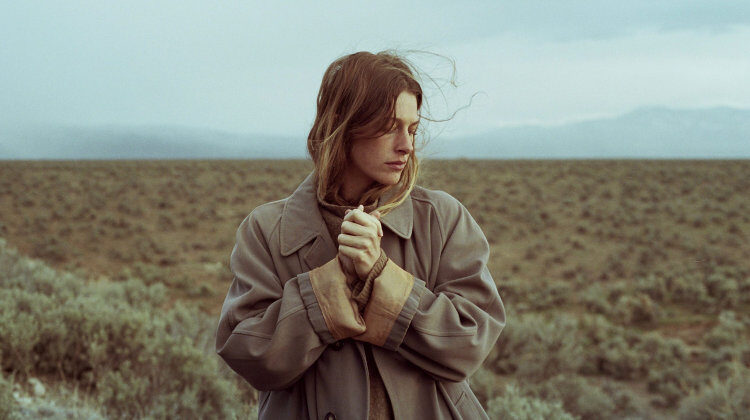 Australian singer-songwriter Indigo Sparke really knows how to balance beautiful ideas against darker undertones throughout her music. It’s a skill that really comes to life on her new album, Echo. Co-produced by Big Thief’s Adrianne Lenker and Andrew Sarlo, the record really manages to combine a softness amongst rough edges musically, whilst also allowing Sparke’s powerful and rich lyrics to take centre-stage.

Starting with Colourblind we’re straight away thrown into the raw, folk-laden sound that forms the underbelly of the entire album. Settled acoustic guitar and drum brushes are the perfect accompaniment to allow Sparkes’ vocals to portray their unique blend of softness and grit, brought to life by the compelling lyrics: “Been waking with bad dreams, been walking with shaky knees, I feel colourblind when I’m with you, there’s no remedy for my shade of blue”. Undone follows with more powerful imagery perfectly portraying a richness and tenderness to the heavy topics as Sparke’s vocals gradually come out of their shell against higher pitch tones and beautiful melodies.

The album is described by Sparkes herself as ‘an ode to death and decay’, and as you move through the record, you can really feel the restlessness and burden that each track carries. Carnival is an interesting mix of humble lyrics with hints of Joni Mitchell in tone and dexterity. The simplicity and stripped-back nature only serves to increase the prominence of Sparke’s impressive vocals and lyrical content that, at times, can leave you on the edge of your seat: “When a woman’s without reason and she’s lassoed in love, and the child inside is screaming”. Golden Age then switches to a more upbeat rhythm and the hint of reverb in both guitar and vocals gives the track that needed edge to bring out the change of pace in the chorus.

Finishing the album in style is the duo of Baby and previously released track, Everything Everything; both show off more of Sparke’s abilities in simple structures yet powerful outcomes. The former balances ethereal, billowy landscapes against gentle buildups that let the vocals reach out in interesting ways through the chorus. The latter perfectly encapsulates the underlying theme of the record in being constantly humbled by life. The track is opened up further by the spoken word sections, inviting you directly into the artist’s internal monologue.

Echo from Indigo Sparke is a mesmerising journey to take, and one that will keep you enthralled throughout. It’s a deep dive into the artist’s life experiences that ebbs and flows beautifully, offering both a frank openness and honesty against darker, grittier areas. A plethora of ideas are perfectly played with throughout the record making it an impressive and intelligent debut.

Indigo Sparke will be performing at this year’s, completely online, SXSW Festival. Keep an eye out on Vinyl Chapters for more news and features about the event which is taking place in March.