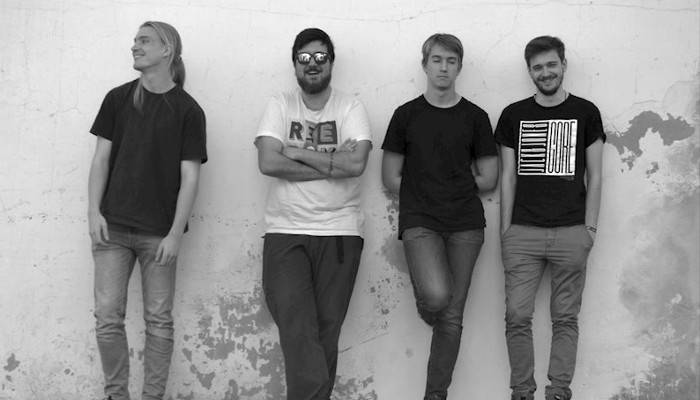 Spain-based quartet Happy Freuds have no problem in gently tipping their caps to their musical heroes. From Sabbath to The Who, or moving forward a couple of decades to Rage Against the Machine and Smashing Pumpkins, the influences are there for all to hear. But the band also manage to bring their own unique sound to the table with some especially strong stripped-back tracks that help to break up the record.

Push starts off with a strong but settled drumbeat before being joined by whaling guitars and a high energy sound with more than a hint of Black Sabbath. Everything but the bass and drums then kick out before Teo Holmstrom’s vocals join in with a unique but strange, politically influenced speaking part: “Safety in numbers, what’s your aim, conformity or drop the chain” Everything then suddenly bursts back in with raucous energy and intensity. It’s a strong opener that tos and fros with the best of them. 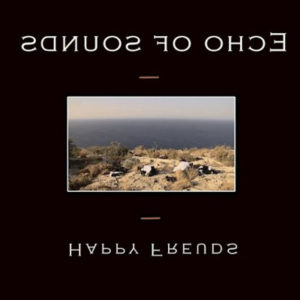 Allmans Big Feet is a more gentle affair as it saunters forwards being more akin to Red Hot Chili Peppers in their Californication era than hard rock: “I’m not looking to get tired, I’m just here for a good time”. It still has time for a beefy solo, however, that arrives from nowhere and leaves in the same way. In Black carries on the subtle atmosphere, almost turning into a whisper at times, but once again has its moments as the chorus hits and the band are allowed to rock out once more, this time featuring a section in the vein of Rage Against the Machine.

The slow pace/hard rock format is played out at various times in the record and although mostly pulled off well, there are times it feels out of place or overly produced. Song X is one of the culprits, managing to feel a little too flustered to arrive at any decent coherence, and although Rocking and Stumbling does have some great, inventive ideas and a strong build-up, it can suffer at times from an over-reliance on the exuberant.

It’s in the quieter moments where the band’s song structures and writing abilities really stand out. To Blue is a beautiful, folksy track that struts forward with confidence and has some of the most wistful melodies on the record. Low are the Punches enjoys some fine acoustic guitar work that really helps to bring out the stripped-back sound and show that the songs don’t need a heavy influence to stand out.

Echo of Sounds is an album from a band having fun. Each song shows off a little piece of personality from within the band, with some tracks benefiting from strong riffs and energy, and others concentrating on a stripped-back prettiness that works well. With only a few places where the tracks could be tightened, the overall sound is very well thought-out with creativity flowing in bucketloads and the band not afraid to change style to suit their mood. A strong debut that grows with each listen.