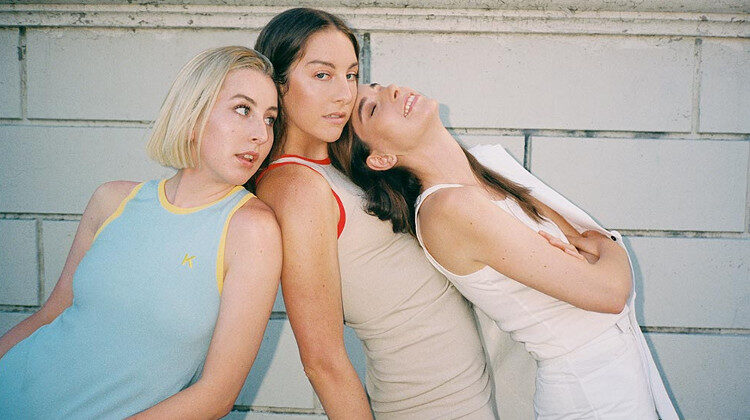 Haim return with an impressively layered album that shows the sisters coping with personal issues and growing into a more musically-rounded band.

Haim have had a difficult time since their last record, 2017’s Something To Tell You. With each sister undergoing struggles (Alana’s best friend passing away, Este suffering from Type 1 Diabetes and Danielle’s boyfriend and producer going through testicular cancer), this led to both Danielle and Este suffering from depression and a lot of emotional baggage following the band around. This has created a darker tone to their latest record, Women In Music pt. III, but instead of weighing it down, Haim tackling their problems head-on through the music has created a tantalisingly honest and intriguing record full of hooks, melodies and impressive vocals.

Los Angeles starts the record in a very bohemian way with jazz sax quickly replaced by settled drums before vocals and plinking guitar kick in. Danielle’s vocals are noticeably more sombre and atoned which is a nice contrast to the bright and summery vibe that grows as the track progresses. Although lyrically the atmosphere may be darker than you’re used to, this doesn’t mean the clever wordplay and atmospheric qualities are lost, noticed here as Danielle sings of New York City: “New York is cold, I tried the winter there once…nope. Clearly the greatest city in the world, but it was not my home, I felt more alone.”

The Steps pulls out warped guitars and pulsing beats straight out of a T Rex songbook against a vibe reminiscent of Sheryl Crow. It’s a beautiful mix that really comes alive in the raw chorus that’s perfectly happy not to push too hard, but just let the listener enjoy. I Know Alone then changes things up with a more hip-hop influenced beat and sonic soundscapes forming an escape from the norm amongst floaty vocals and addictive cutbacks.

The darker tones of the record make it different from previous work, but the extra heaviness has evolved the music rather than bogged it down. Leaning On You is a gentle, emotionally frail country-tinged wonder as Danielle shows her vulnerabilities amongst guitar playing reminiscent of Fleetwood Mac’s Never Going Back Again and lyrical dexterity to match: “I might forget to turn out all the lights but you take care of me when I have to leave at dawn”. Man From The Magazine is also acoustically influenced with a raw and honest sound that builds on vocal interplay and folk-tinged dexterity.

As we get into the deeper cuts and so-called bonus tracks of previously released songs, you once again realise what a talented and dexterous band these three women form, and how each brings something unique to the music. FUBT creates some of the most atmospheric moments of the record with a looming, background gloom whereas Now I’m With It once again harks back to tailored beats and signature layered vocals that hold the track together. Summer Girl closes on a high showing the band coming out of their darkness and finishing full circle with that sax once again making an appearance and Lou Reed bass slides against summery vibes.

Haim have created their strongest work to date with the tantalising and multi-layered Women In Music Pt. III. With changes in circumstances, both personally and as a whole, Haim have evolved, grown, and added extra direction to their music. It’s a sign of a great band who can change with the times so seamlessly rather than sticking to what they know, and Haim have done this with ease and grace that will not only please fans but also shows personal mental strength to deal with difficult times.