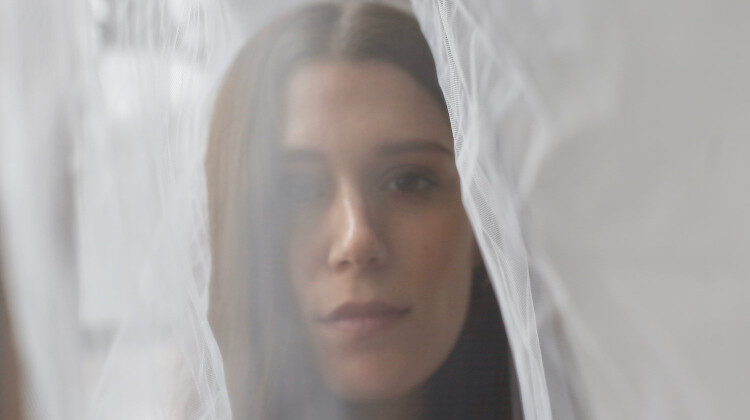 The ‘sleep rock’ singer reinvents herself as an ambient sound sculptor on her predominantly instrumental follow-up to the acclaimed song cycle, There’s Always a Glimmer, offering music as a healing process and solace from uncertainty.

Gia Margaret patented the genre of ‘sleep rock’ in 2018 with her quietly devastating debut, There’s Always a Glimmer, a lo-fi collection of whisper-warm, Grouper-like indie-folk which brimmed with electronic flourishes and borrowed from singer-songwriter, shoegaze and ambient music to evoke the drowsy mood of magic hour.

The Chicago-based multi-instrumentalist’s second long-player, Mia Gargaret, heralds a pleasing stylistic shift in focus that’s born from necessity rather than design. This time, the eleven-track album dispenses almost entirely with her silky vocals after a crushing dose of laryngitis stripped her of her main instrument as well as income from live performance. Retreating to synthesiser, piano and acoustic guitar has facilitated a reinvention as a purveyor of dreamy, ambient mood pieces fit to sit alongside the output of Brian Eno, Boards Of Canada and suchlike.

From the queasy, cyclical synth percolating throughout the opener, apathy, through to the pillowy This Mortal Coil-isms of lesson, Margaret channels a soothing sonic palette of plaintive bedroom piano and glimmering digital and analogue synthesiser swells for her deftly crafted and twilled meditations. Employing found sound fragments such as clanging church bells, footsteps, chirrups of birdsong and ripples of water, she seamlessly transports the listener to a rustic idyll away from the noise of urban life that speaks of a renewed sense of purpose and identity.

Over the course of the album’s tactile and sedate calm, the organic and the experimental conjoin and nestle alongside each other: the minimalist-classical stew of 3 movements and no sleep no dream leans on the limpid beauty of vintage Dustin O’Halloran and Max Richter piano etudes, an extract from a lecture on social anxiety by the Zen philosopher Alan Watts is underscored by a beatific synthesiser hum on body, bells softly bow on INWIW, sea waves lap up against the Paris, Texas-like, lonesome guitar on lakes, while the grainy barely there creates a captivating suspension of time with the graft of a sleepwalking beat from Music Has The Right To Children.

Mia Gargaret serves as proof that artists can reconfigure and flourish from a pragmatic response to adversity; this enticing and revelatory detour acts as a warm embrace for the soul.