Home » articles » This Is Just A Tribute: Mystical Energy At My First Gig 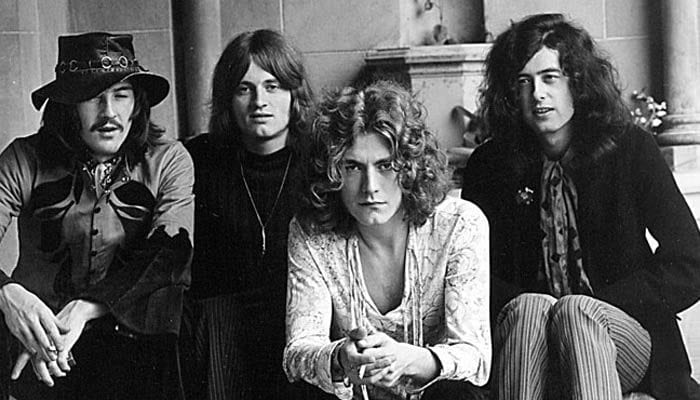 Jared Parson’s looks back at the gig that introduced him to the power of live performances and how music can change young lives.

When I was growing up, my dad would always be seriously joking about these “real bands” that he used to listen to. Led Zeppelin, Pink Floyd, The Clash… you can see him reminiscing something in the back of his mind, back perhaps to an unspoken hay-day. I liked what my dad played. It seemed to be a rare glimpse into his journey. There seemed to be an air of melancholy for my dad around music, expression and real people with real things to say. We recently went to see Bruce Springsteen live at Wembley Stadium, someone he says he’s wanted to see his entire life. “A true hero”. As we watched and listened to Bruce and his band play from one below row Z, my dad sat still, reserved, whilst I was itching to stand up for most of the three-hour set. After the gig my dad claimed he “could die happy now”.

Rewind ten years or so, it was my dad taking me to my first gig at our local pavilions in south Devon to see a Led Zeppelin tribute band, “A Whole Lotta Led”. There couldn’t have been more than a hundred or so people in the large, seated front room, almost big enough to be a hall. The band tore the building down. They was sensational, and sounded remarkably close to the CD’s I heard my dad play. The singer could give Robert Plant a run for his money, and the guitarist in Page’s place was in my eyes one of the best musicians I’ve heard to this day. He was a proper “rockstar”, even if he was portraying someone else, and I was completely bought in. The ability and enthusiasm he played with as the band torched through Communication Breakdown, and the performance of the band was so good that he even got ahead of himself in excitement and jokingly forgot how to play Stairway to Heaven when the set came to it. 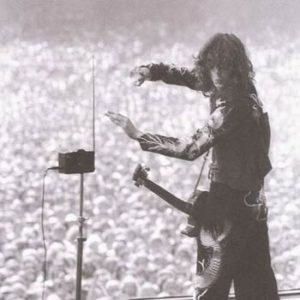 Aside from his guitar he had a strange electronic instrument to his left with a large antenna. Of course I know this now to be called a Theremin. I remember getting so excited and enthralled by what I was witnessing that I left our seats, where we were sat, and ran to the front of the stage. There were other kids around my age that also gathered around this guitarist like moths to a flame. The stage was about four feet high, so our heads just reached the top as we gazed up at the guitarist working his Theremin during the interlude of Dazed and Confused. This wasn’t a Theremin to him, it was more like a galactic object of cosmic energy. He would charge it with his hands and then pass the energy around the around the room with an outstretched, pulsating arm. It was like he wanted to pass on a magical, musical torch to whomever wanted it most.

I was standing directly beneath his feet, staring right up at him, fixed on his playing. I was dying for him to pass on this “energy” to me. I was captivated. After he passed out a few bursts across the room, he put his hands around the Theremin as it made a loud high frequency screech and he stretched his right arm straight down at me and all the other kids at the front. I was so happy as I saw the powerful look on his face looking at mine and his arm point right at me, as it vibrated with this seemingly mystical energy. Afterwards I felt empowered. Like I could do anything. I will always have this memory thanks to him. It wasn’t long after that night that I asked my dad to buy me my first guitar and I began my own adventure. I’ve realised now that this guitarist pretending to give me power, was actually showing me where to look to find this power for myslef. I’m very grateful for this experience.

So what do ya think? Pretty cool huh? I would love to know what happened in your first musical experiences. Leave a comment if you’ve got something!