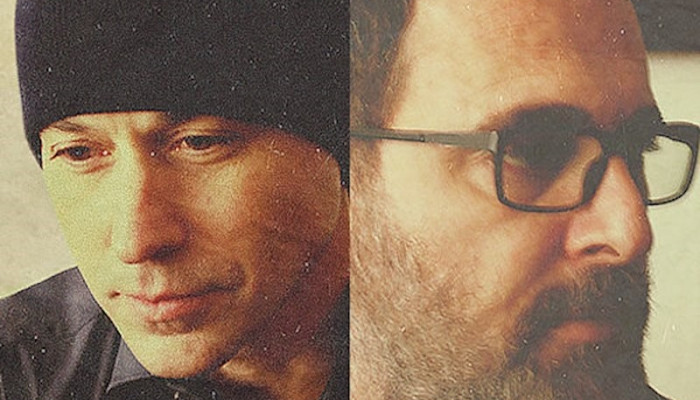 Eric Anders and Mark O’Bitz return with their sophomore album Ghosts To Ancestors, a record that opens up to the listener the deeper you delve.

Singer-songwriter Eric Anders and longtime collaborator/guitarist Mark O’Bitz return with their first new record since 2018s Of All These Things in the shape of Ghosts To Ancestors. The title of the record is based around the idea of people being haunted by the ghosts of their childhood, and having these ghosts merely become their ancestors and thus, improving their lives. This idea gets stronger as the record progresses as the duo gradually open up their music amongst pleasant melodies, strong songwriting and fleeting dips into differing genres.

Lopsided Gyre’s gentle sounds open the record amidst acoustic guitar in the forefront and gentle electric guitar guiding it forward. Anders’ silky vocals slide in as a slow but meaningful sound gradually builds into a chorus of contemplation and wonder of where to go next. A fuzzy guitar solo helps bring everything together and tie off the track nicely. 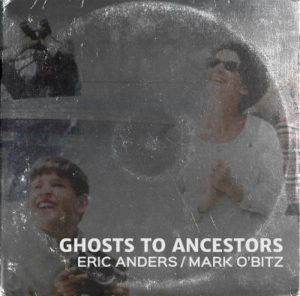 Wonder A Time carries on with a darker edge as deep bass pulsates with monotonous acoustic guitar and intermittent drums holding the atmosphere together. It has shades of Pink Floyd in there as the track delves into issues of the heart from different aspects and points of view in an interesting way. The chorus raises the track against its impending doom as it drudges forward amongst anxiety and threat.

As the record progresses, so does the sound as it manages to open up to other genres and ideas, but still kept under a roof of solid acoustic work. Wounded Son calls on country and bluegrass as an undertone with echo-laden sliding guitar making fleeting appearances and Anders’ vocals finding melodies to match. Love Sums creates a more slow-paced, bluesy atmosphere that is enveloped in pop connotations and one of the most catchy choruses on the record.

O’Bitz’s guitar work throughout the record is on form and almost feels like the second voice to the music, bringing in a personality of its own as it companies Anders’ vocals. This is especially apparent on tracks like Make The Time, which almost sounds like a duet between vocals and guitar as they intertwine perfectly amongst gentle piano in the background and an addictive chorus. The record ends with the impressive Internal Fire, managing to tie together ideas littered throughout the record amongst a simple, laid back solitude as vocals float the track forwards in an atmosphere as strong in its emptiness as it is in making you feel something.

Ghosts To Ancestors is a record showing two artists working perfectly in unison to create a special sound. There’s no clever tricks or anything fancy; just good songwriting amidst fine vocals and guitar work to really bring the track’s out of their shell. This album showcases the duo’s best work to date with everything thought through to allow the layers of the record to be peeled back as it progresses. A finely crafted piece of work.