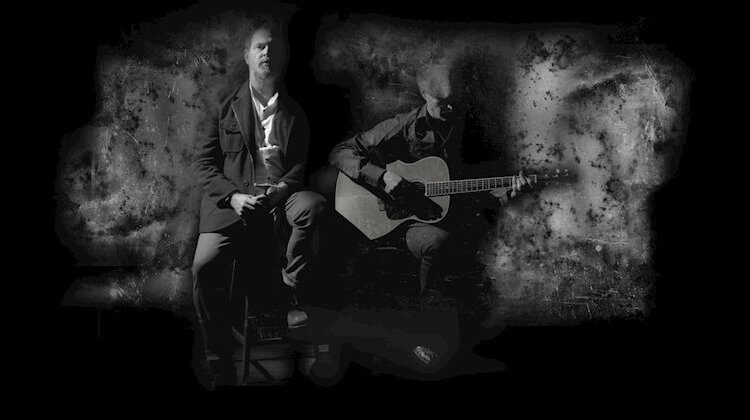 Eric Anders and Mark O’Bitz create an ode to novel Lincoln in the Bardo with their tenderly pleasant concept album American Bardo.

Eric Anders and Mark O’Bitz have reunited for third record, American Bardo, after the success of sophomore album Ghosts To Ancestors. This time, they’ve taken on more of a concept album, with the words and music inspired by George Saunders’ Man-Booker-Prize-winning Novel, Lincoln in the Bardo.

Matterbloomlight (Revisited) opens with a strong beat amongst a haunting atmosphere that is perfectly tailored for Anders’ vocals to wrap around. It’s a gently-paced track that, like the beginning of a good book, allows you to settle in for the long haul. Bury Me follows, relying more on the talents of O’Bitz’s guitar playing to set the scene and build towards the rising chorus. The folky tones and classical acoustic rock vibe remind of bands such as The Who or Pink Floyd in their quieter moments, which fits the tone of book Lincoln in the Bardo well, bringing out the emotional turmoil experienced through the pages: “Bury Me in that dark box of Wood, Bury Me your love is my soul it keeps me alive.”

The format and concept of the album seems to run akin to a good page-turner (can we call this a song turner?) so the further you delve into the record, the more emotion and energy seems to seep out of the tracks. A Home The I Can’t Know sees Anders’ vocal performance raise the bar with a higher and more complex sound whereas Holding Will appears to reference one of the more heart-wrenching moments in the book, and an atmosphere to accompany this. Haunting Abraham then follows with a more acoustic pop-based drum beat and chord progressions that arrives at one of the strongest choruses of the record, almost trying to break free of the sound they’ve been following, but not feeling out of place.

There is a slight ebb as we get towards the later tracks and it gets a little indifferent – And One Love feels like it could offer a little more – but this seems to build up to the more climatic ending of Bardo Cons and Won’t Live it Down, the former focusing on an Americana atmosphere that twists and turns against Spanish guitar with the latter’s echo-laden solos and lyrics of acceptance finishing the album nicely.

American Bardo is a cleverly layered concept album that draws on the power of a book that you can tell both artist’s love. This gives the record an added sheen and delight, maybe due to the fact the duo wanted to do the book justice. With some strong vocal work and interesting guitar rhythms, it’s an album of subtle nuances that’s built to last.