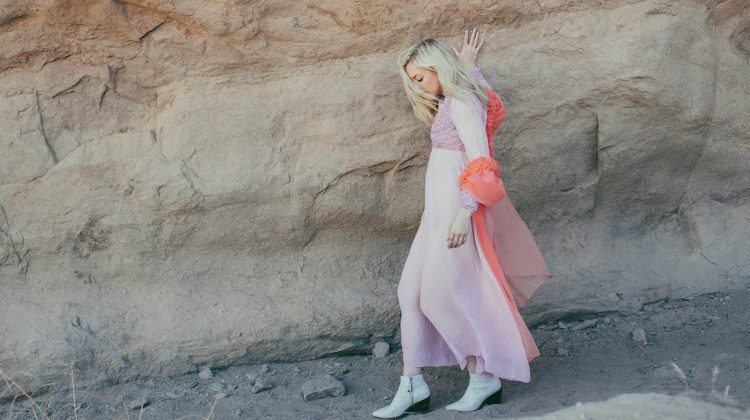 With The Supporting Character, Emily Kinney shows a more personal and emotional side than we’re used to.

Emily Kinney is probably somebody that you recognize best as an actress, most notably for her performance as Beth Greene on the hit AMC zombie series The Walking Dead. But she’s actually been working in the music industry for a few years now, although her previous releases have been somewhat of a hidden bunch of gems. However, with her latest studio album, The Supporting Character, Kinney aims for success and I hope it works out for her.

Although this new release has a remarkably similar sound to her previous efforts, it’s a sound that’s admittedly fun and never boring to listen to. The opening sounds of a soothing guitar and the powerful introduction to Kinney’s vocals on the first track Omaha Hotel are delightful to listen to.

One of the best strengths of this album is how Kinney is able to write deep and emotional lyrics even if the instrumental itself can sound somewhat happy-go-lucky, much akin to Paramore’s latest album After Laughter. This then transitions into the more meditative When the Midnight Fireworks Start which features a soothing drum beat and a quiet but ever-so-present guitar accentuated in the background. All of this makes the chorus even more exhilarating as Kinney sings “I’m a slow burn about to take flame / And when the midnight fireworks start / Everybody will know my name“.

As the album progresses, it’s clear that with a lot of the songs, Kinney is trying to make a name for herself and show who she is, even if she struggles with some issues about who she is and even her appearance. On Skinny, she quietly sings “I wanna be skinny, let my bones show“.

But at the end of the day, she recognizes that even if she struggles with herself, she is still confident as a person and confident as a singer-songwriter. The vast majority of the songs on The Supporting Character have a similar sound, which can definitely feel repetitive after a while, but this album is more focused on what Kinney has to say, rather than what everything else sounds like.

It’s an easygoing album that is relentlessly paced, clocking in at a smooth thirty minutes in total, but Kinney makes sure to use that time wisely. Each track feels meaningful to her personal story and they all let you know who she is as a person. She is somebody that ultimately feels alone as best illustrated in Fifteen Minutes, a song with beautiful acoustic guitar, but she’s perfectly happy with that.

With The Supporting Character, Kinney proves that she is not a supporting character at all. As a matter of fact, the album cover features her right in the center in the middle of nowhere. But even if she’s nowhere on the cover, she will hopefully be everywhere in the music industry soon.