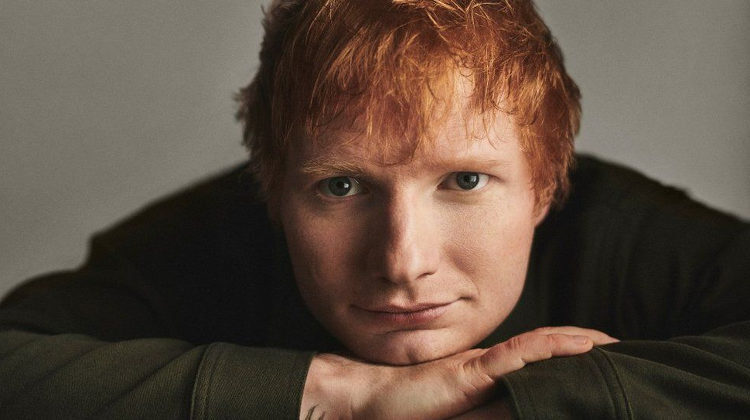 With his fourth solo album =, renowned pop phenomenon Ed Sheeran proves that he still has a thing or two to say about love and life.

There are truly few people out there in the music industry right now as real and as down-to-earth as Ed Sheeran is. He comes from extremely humble beginnings. He knows exactly what it’s like to be broke and with a dream that doesn’t seem like it will ever come to fruition, but nevertheless, he persisted and wouldn’t you know it? He is now one of the most famous singers of our generation.

As a matter of fact, his ÷ Tour, which ran from March of 2017 to August of 2019, ended up setting a world record for the highest-grossing concert tour and the most tickets sold for a tour in general. That’s honestly kind of amazing to think about.

Recently, it seems as though Sheeran has been getting a lot of flack from people online and I have no idea why. I don’t think he’s ever put out a bad body of work yet (yes, I actually liked No.6 Collaborations Project), although I do think that his two best albums to date are still + and X.

Nonetheless, his new fourth solo album = is definitely his best body of work in a very, very long time and with it, he proves that he still has a thing or two to say about love and life with an assortment of diverse tracks that will surely take you on a rollercoaster ride of emotions.

The opening track, Tides, serves as a wonderful beginning that sort of reminded me lyrically of Billie Eilish’s Getting Older from this year’s Happier Than Ever. In both tracks, both singers reminisce about the fact that have grown up and view life in a different way than they did years ago.

On Tides, Sheeran says “I have grown up, I am a father now / Everything has changed, but I am still the same somehow / You know I’ve never been afraid of death / But now I wanna see the things that haven’t happened yet”. It’s definitely the most introspective song on the album and it’s one that I deeply appreciated.

Following up next is, weirdly enough, Shivers. Am I generic to say that this is my favorite on the album? Probably. But what can I say? It’s ridiculously catchy and has a smooth, dance-heavy beat that’s almost impossible not to smile along while listening to.

The problem, though, is that this song follows a quiet, introspective song aka Tides. It’s the first sign that = will follow the tried-and-true Ed Sheeran formula of releasing an album full of great tunes but they just don’t flow well with one another at all.

Sheeran has kind of become the master of making lovey-dovey songs which many have complained about throughout the years, but I don’t mind at all. One of these songs is First Times, which is definitely one of the most memorable on the album. “The first kiss, the first night, the first song that made you cry / The first drink, red wine, on a step in Brooklyn, I / Still feel the first fight, and we both made it out alive / And I can’t wait to make a million more first times”.

This is then followed up by another upbeat track, Bad Habits, which absolutely destroyed on the radio (still not as big of a radio hit as Shape of You thankfully). This is definitely one of my favorites on the album. It doesn’t take itself seriously. It’s basically a song where Sheeran wanted to have a bit of fun and release a song during COVID that would make people want to dance, and it succeeded.

Overpass Graffiti is definitely going to be a fan favorite from the record and it’s not hard to see why. With the smooth drum-fueled instrumental accompanied by Sheeran’s slow, soothing voice, accompanied with the beautiful lyrics, it’s no wonder why so many fans are already swooning over this one.

The Joker and the Queen has been described online by many Sheeran fans as the next Perfect. I wouldn’t go that far (in my opinion, Perfect is one of the best mainstream “pop” songs of the last decade) but it’s certainly in the same ballpark in terms of its emotions and themes.

Perhaps my favorite song on the album that’s not a single is Stop the Rain, which I’m actually surprised wasn’t a single. It’s got everything you could possibly want in a Sheeran song and more. The groovy instrumental, fast-paced feel and distinct flow? It’s all there.

And if there’s one song that’s guaranteed to make even the biggest Sheeran haters tear up, it’s without a doubt Visiting Hours, which tells the story of somebody who greatly misses a loved one and wishes they could visit them in Heaven, just to have one last conversation with them. It’s almost impossible not to get hit with a ton of emotion whenever Sheeran sings “And I will close the door, but I will open up my heart / And everyone I love will know exactly who you are / ‘Cause this is not goodbye, it it just ‘till we meet again / So much has changed since you’ve been away”.

By the time = comes to a close, you, too, will be feeling a whole bunch of emotions. I’ve never been a fan of how Sheeran strings together his albums (this entire record is basically “slow song, fast song, slow song, fast song”) but there is simply no denying the immense talent on display with his writing, vocals, and production.